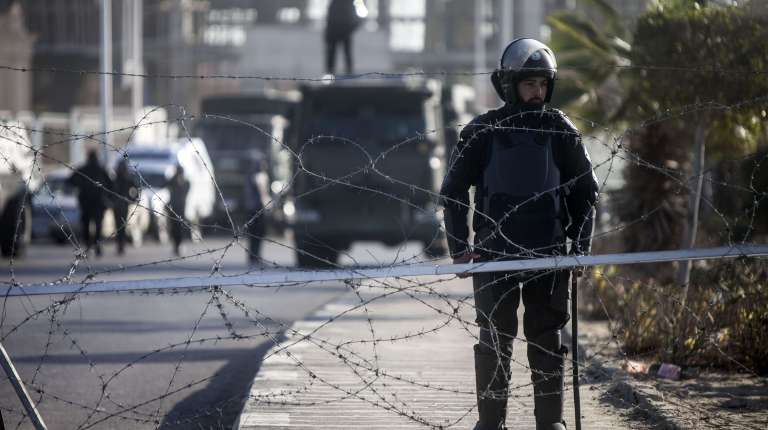 Egypt’s Ministry of Interior said Tuesday that it has arrested three alleged defendants accused of taking part in the in the attack on a security squad in the city of Badrashein in Giza ten days ago that resulted in the killing of five policemen, local media reported.

Although it refused to mention their names, the ministry said that the defendants were found to possess four guns and a motorcycle that were used in the attack.

An investigation team succeeded in finding the defendants after 10 days after the incident, where they were found hiding in a farm in Badrashein. No casualties were recorded from the security forces side.

Security investigations showed that the security forces followed three defendants and raided their houses after identifying them by the surveillance camera of the petrol station near the place of the incident.

According to the investigations published by local media, the defendants confessed during the interrogation that they are members of the “south Giza terrorist organisation” and committed the incident of attacking the squad.

The ministry said that the south Giza cell linked to Hasm movement and the cell adopts the terror thoughts of the Islamic State (IS).

On 15 July, five policemen were killed in an ambush as militants attacked a security squad in the city of Badrashein in Giza. The assailants used a motorcycle to execute the attack. The five victims were three conscripts and two low-ranking officers.