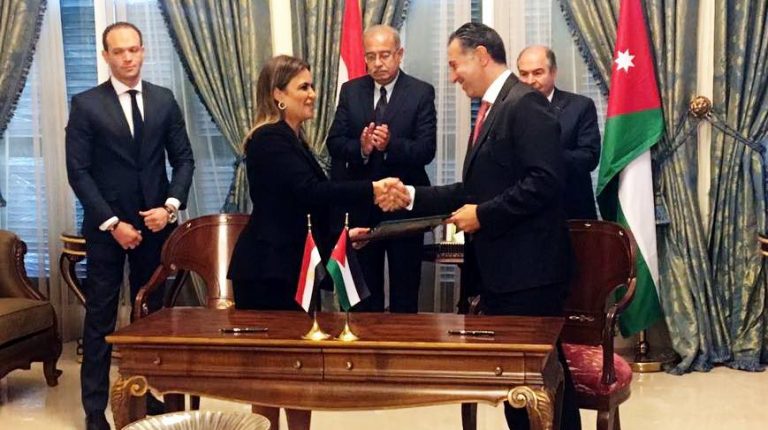 Minister of Investment and International Cooperation Sahar Nasr met with her Jordanian counterpart, Muhannad Shehadeh, during meetings of the joint Egyptian-Jordanian Higher Committee in Amman, where they reached an agreement to establish an investment coordination council between the two countries.

The proposed council aims to develop and deepen the strategic relations between the two countries, as well as consult and coordinate on the exchange of investment opportunities in the joint investment projects.

Moreover, the proposed investment coordination council is planned to include investors in various fields, such as agriculture, industry, and services, with meetings to be held alternately in the two countries.

The Egyptian market is considered one of the most important markets for Jordan, as it is the largest market in the region and can be a gateway to the African market through joint investments, said Shehadeh, adding that Jordan wants to benefit from Egypt’s experience in the area of investment promotion.

The two parties agreed to organise training courses and visits to exchange experiences between the staff of the ministries of investment in the two countries.

Positive development of Jordanian-Egyptian cooperation in many important areas was witnessed, indicating a marked increase in the balances of the mutual investment and joint ventures, as Jordan is ranked 23rd among the countries investing in Egypt, said Nasr