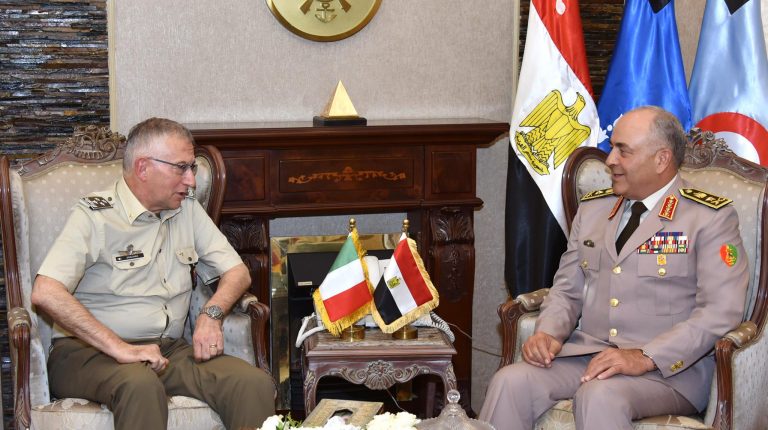 Hegazy praised the level of coordination and consultation between Egypt and Italy in military and security fields, and expressed his hope for the coming stage to witness more cooperation that will boost goals of confronting terrorism and achieving stability and security in the Middle East, the statement read.

Graziano asserted the deepness of military relations between Egypt and Italy and compromising points of views about several issues that challenge the exerted efforts to confront terrorism and stop unorganised migration, as well as restoring stability and security in the region, according to the military spokesperson.