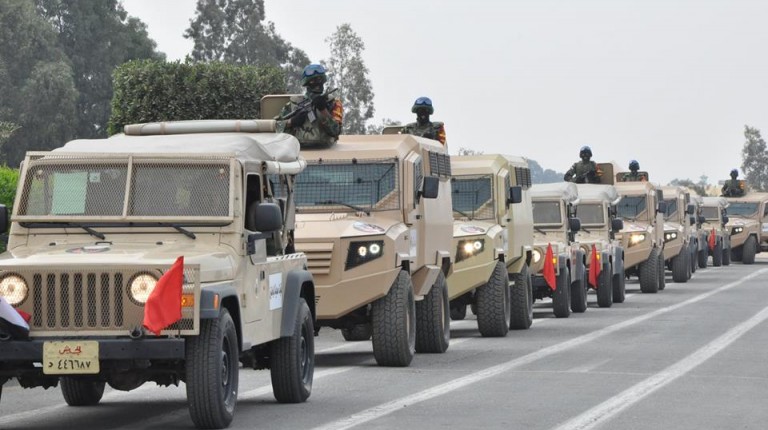 The military spokesperson announced on Friday that security forces arrested one militant and destroyed three improvised explosive devices (IEDs) in North Sinai, according to a press statement.

This comes as part of the military’s campaign “Martyr’s Right” against militants and terrorist groups in North Sinai.

In the same context, the spokesperson announced on Thursday that the military forces killed one militant, destroyed five IEDs, and seized militants’ belongings including weapons, documents, computer devices, communication equipment, medication, and motorcycles.

“Forces from the second field army, in cooperation with the air force, continued to raid terrorist strongholds in North Sinai for the tenth consecutive day,” the statement read.

Since early July, the military intensified the “Martyr’s Right” operation after a suicide bomber stormed into the military post in the village of Rafah in North Sinai, killing and injuring at least 26 military personnel. The attack was claimed by the militant group Sinai Province, an Islamic State (IS) group affiliate.

The head of military intelligence affiliated with the armed forces, Mohamed El-Shahat, previously announced that “Martyr’s Right” resulted in the death of 500 militants since its beginning in September 2015, adding that the army’s strategy to face terrorism depends on monitoring and following up on terrorism networks, in addition to dismantling bases that provide logistical and financial support to these networks.

Both the army and police forces have been engaged in violent clashed with Sinai Province since 2013.

The group, previously known as Ansar Beit Al-Maqdis, swore allegiance to the IS in 2014 and has since then launched deadly attacks on army and police checkpoints.

Over the last two years, the Egyptian armed forces have launched counterattacks against militants’ stationing points across the Sinai peninsula, where the group is based in the cities of Sheikh Zuweid, Rafah, and Al-Arish.

A state of emergency was first declared in North Sinai by interim president Adly Mansour, who came into power following ousted president Mohamed Morsi. It has been extended following this year’s extremist attacks on Coptic churches on Palm Sunday.