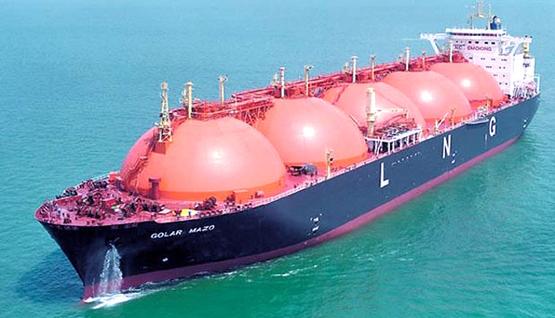 The Ministry of Petroleum has decided to dispense with one of the gasification ships rented to receive imported liquefied natural gas (LNG) by the next year benefitting from new gas fields, most notably the first phase of Zohr field.

Minister of Petroleum Tarek El Molla said in a statement to Daily News Egypt that the ministry will dispense with the most expensive gasification ship to save the foreign currency spent on importing gas.

He added that the new gas discoveries will increase the local production and reduce the gap between domestic production and consumption, which contribute to reducing the quantities of imported gas.
The minister expected that Egypt will stop importing LNG by the end of 2018, adding that the country will start exporting LNG by 2019 to the contracting countries.
The Egyptian Natural Gas Holding Company (EGAS) has contracted Singaporean-Norwegian BW Gas to provide Egypt with its second LNG floating import terminal at Ain Sokhna port in October 2015. The terminal have the capacity of 750,000 cubic metres.