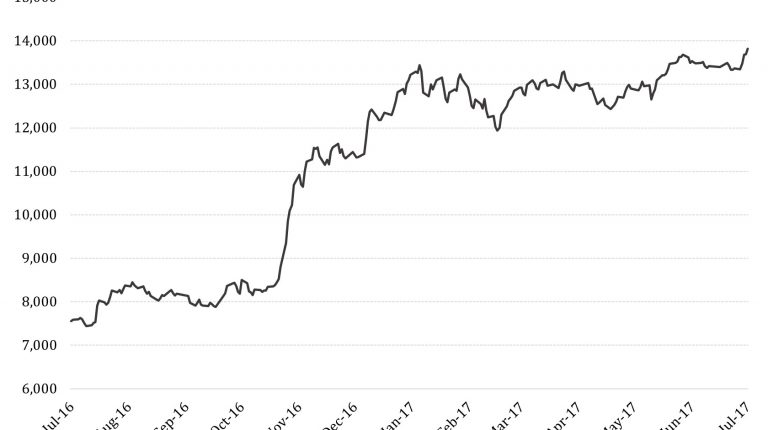 Foreign investors are expected to inject free cash in Egypt’s stock market when the Central Bank of Egypt (CBE) embarks on a slew of monetary policy easing in the few coming months, a recent report issued by Frontera Research expected.

“Investor interest in Egyptian equities is visible in the long run. If inflation declines in the next two to three months and the central bank finds itself in a position to reduce rates thereafter, interest rate sensitive sectors like financials, real estate, and consumer discretionary could see a rise. The first two form 48% of the EGPT’s portfolio,” the report seen by Daily News Egypt said.

Egypt’s central bank, faced with accelerating inflation, earlier this month raised its key interest rates by 200 basis points for the second policy meeting in a row, confounding economists who had forecast it would hold them.

At a meeting of its Monetary Policy Committee, the bank raised the overnight deposit rate to 18.75 percent from 16.75 percent and its overnight lending rate to 19.75 from 17.75 percent, it said in a statement, after hiking them by 200 points each at the last policy-setting meeting in May.

The central bank has raised interest rates by 700 basis points since the currency floatation last November.

The report also noted that the dollar-denominated ETF was hammered by the currency flotation.

“The nose dive in the Egyptian pound was the primary event that hammered the dollar-denominated ETF,” it added.

Egypt floated its currency in November, and since then its pound has roughly halved in value.

On the other hand, the report said that the surge in Egypt’s stock market that was seen at the end of October was in response to the CBE’s decision to let the Egyptian pound float freely.

“The market has continued to strengthen since and has not looked back in expectation of a more stable economic picture,” the report said.

Since the end of October 2016, the Index has returned 65% until July 14, according to data compiled by the official website of the Egyptian Exchange.

Meanwhile, the report said that foreign inflows could be affected by US Federal Reserve monetary policy.

“Keeping an eye on the US dollar would be essential as well. If the Federal Reserve starts reducing its balance sheet and undertakes more than one hike for the remainder of 2017, the dollar can be expected to strengthen. This would inevitably hurt the EGPT’s returns, even if the underlying stocks, denominated in pounds, do well,” the report confirmed.