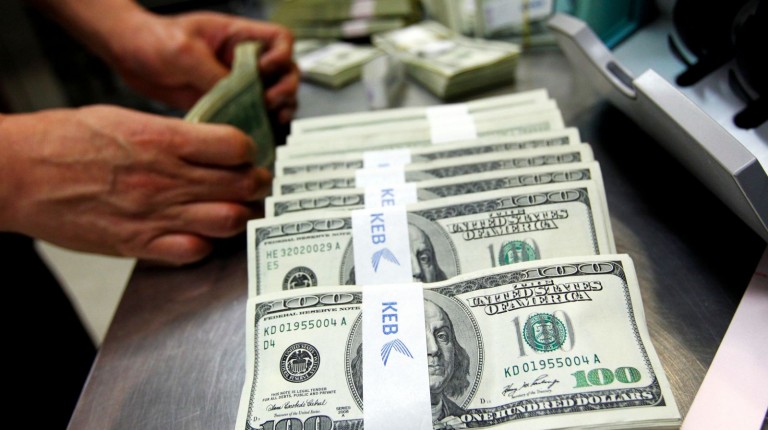 Egypt’s foreign reserves hit an all-time high level in July, jumping to $36.036bn, an increase of $4.7bn, the Central Bank of Egypt (CBE) said on Tuesday.

The reserves have been on the rise since the country floated its currency and clinched a deal with the International Monetary Fund (IMF) for a three-year $12bn loan.

The CBE floated the Egyptian pound in November to attract foreign capital after years of political instability drained the country’s reserves, and the currency has since more than halved in value.

Last month, Egypt received the second instalment of its IMF loan, the equivalent of $1.25bn, an official source with the CBE told the state-run Mena news agency.

“This batch will support the CBE’s cash reserve of foreign currency, which recorded $31.3bn at the end of June, the highest rate since the 25 January Revolution in 2011,” the source added.

The CBE did not give further details about the reasons behind the inflows.

But President Abdel Fattah Al-Sisi estimated earlier last week that current reserves is close to the $36bn in foreign reserves that Egypt held before the 2011 revolution, without also giving further details.

The popular uprising that toppled former president Hosni Mubarak in 2011 led to a period of political turmoil that dried up Egypt’s vital sources of foreign currency, such as tourism and foreign investment.

Analysts polled by Daily News Egypt raised some questions about the reasons behind July’s inflows.

“It is unclear why we have such big inflows last month. We need more clarification about the reasons from the Central Bank of Egypt,” said Mohamed Abu Basha, a Cairo-based economist at EFG-Hermes, a regional investment bank, told Daily News Egypt.

A senior banker who spoke to Daily News Egypt on condition of anonymity said that the reason behind the inflow could be attributed to adding foreign investment in Egypt debt to the reserves by the Central Bank of Egypt.

“This is very common oversea, the Central Bank could be using these investment to boost the reserves according to the maturity of these deb tools,” he explained.

Appetite for Egypt’s domestic debt has increased since the CBE floated the currency in November.

Mohammed Abel Aal, a senior banker in Suez Canal Bank, told Daily News Egypt that the increase in foreign reserves could strengthen the pound against the green benchmark.

“This is a good thing for our currency and our economy. It is a good message that could lure in more foreign inflows,” he confirmed.