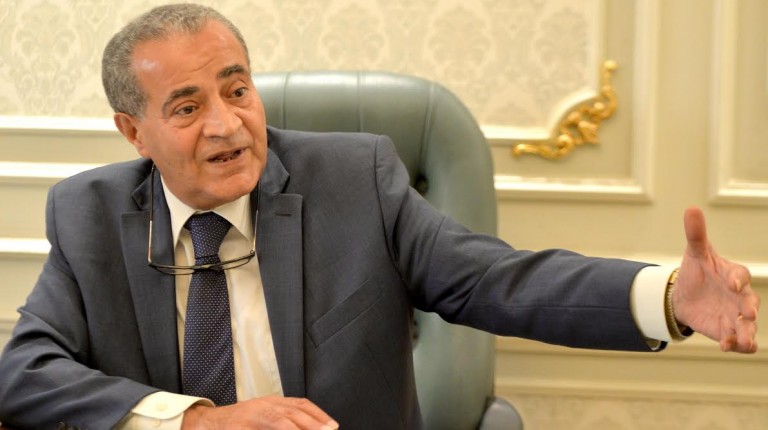 Minister of Supply and Internal Trade Ali Al-Muselhi decided to deduct the late dues of bakeries from the insurance charges to be paid by each of them. The minister also extended the insurance payment period for bakeries within the bread subsidy project until the end of this week.

This decision came during the minister’s meeting with heads of bakery departments in different governorates, in the presence of chairperson of the General Department of Bakeries Abdullah Ghorab.

Al-Muselhi said in a statement that the value of insurance to be paid by the bakeries is determined by the owner of each bakery according to the amount of flour he wants to receive from the ministry.

He noted that the ministry does not intervene in determining the value of the insurance, adding that this insurance is paid to ensure the seriousness of the deal and protect the rights of each party in the system. Then, the shares of flour to bakeries are distributed based on the production of each of them.

For example, if a bakery’s late dues amount to EGP 5,000 and the value of its insurance charges up to EGP 20,000, the bakery will deposit EGP 15,000 in the bank account allocated to the bread subsidy project, said Al-Muselhi.

He added that in case a bakery’s late dues exceed the value of insurance, the bakery’s owner will send a letter detailing his entitlements to the General Authority for Supply Commodities (GASC).

The minister called on all bakery owners to show responsibility, stressing that the aim of paying insurance to the ministry is to protect the field from outsiders.

Mamdouh Ramadan, spokesperson for the Ministry of Supply, said that Al-Muselhi has promised owners of bakeries to form a special committee to repay all bakeries’ late dues.

He said that the committee will review each bakery’s dues based on the provided documents at the directorates of supply in all governorates.

Ramadan added that some bakeries have already paid their insurance charges, refuting reports about a sit-in of some bakeries’ owners at the chambers of commerce in the various governorates.

Bakery owners have held sit-ins in Minya, Sharqeya, Kafr Al-Sheikh, Gharbeya, and Damietta in protest against a three-day insurance charge to receive their shares of flour, as well as demanding their late dues, amounting to EGP 1bn since the rule of the Muslim Brotherhood.