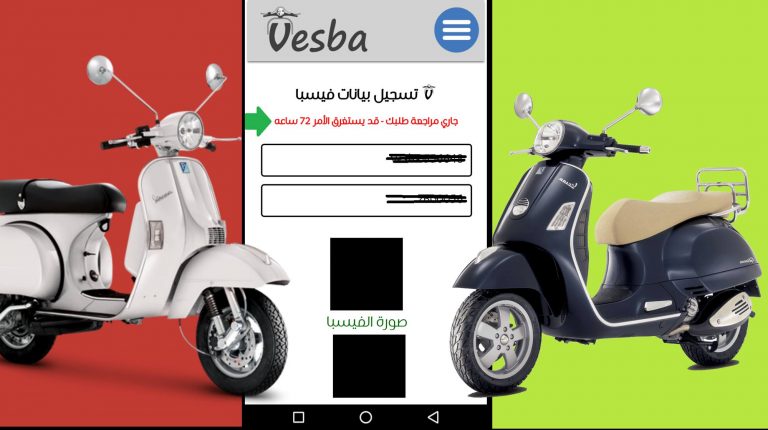 Vesba app relies on using Vespas instead of cars. The service costs less than Uber and Careem and passengers take less time to reach their destinations.

The fare of the app relies on the following:

Vesba announced the conditions for accepting drivers as follows:

The app, however, comes with several disadvantages. Women are not eligible for ordering a Vespa through the app. The natural method of the passenger sitting behind the driver will force them to embrace the driver from the back—which does not commensurate with norms and public traditions. The company has announced its intentions to hire female drivers to facilitate using the app for women.

There are a few other disadvantages of riding a Vespa, such as:

Yet, the advantages include: