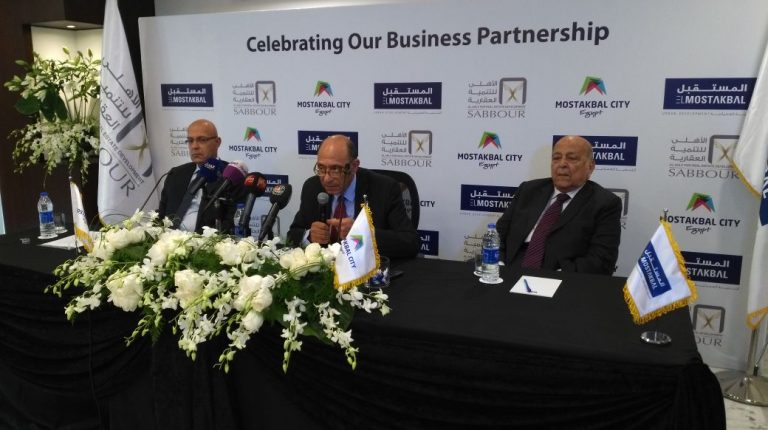 El Mostakbal for Urban Development, the master developer of El Mostakbal City, and Al Ahly for Real Estate Development (Sabbour), announced the new partnership agreement between both parties, according to which Sabbour will develop a mixed-use urban community in El Mostakbal City, on an area of 578 feddans or the equivalent of 2.4 million sqm. Projected revenues of the mega project will amount to approximately EGP 35bn.

El Mostakbal City is located on an area of 11,000 feddans (45 million sqm), and the project will be developed on five phases to be a city with the highest standards of green urban planning. It is adjacent to the cities of New Cairo and the New Administrative Capital. The project is owned by three public banks, in addition to a proportion of the Arab Contractors Company.

This project is considered the fourth cooperation between Al-Ahly and El Mostakbal in El Mostakbal City project as the Al Ahly developed three integrated housing projects won through bids put forward by El Mostakbal Company on a total area of about 300 feddans.

The partnership agreement includes the establishment of two companies within two months for the service activities that will be present in the project to achieve a continuous return from these projects, according to Essam Nasif, the chairperson and Managing Director of El Mostakbal for Urban Development.

Daily News Egypt interviewed Nasif to talk about the partnership details and development process of the project.

What is the size of land of the first phase of El Mostakbal City?

When will the company deliver the residential units of El Mostakbal project?

When did you start developing the first phase?

We started two years ago. Now, we starting developing the second phase of El Mostakbal City.

What is the size of land that your company and Al Ahly agreed to develop in the second phase?

The contract with Al Ahly includes developing 400 feddans in the second phase of the project.

What is the share of each company of the project’s revenues?

What is the size of land that need to be developed in the second phase of El Mostakbal City?

The land being dealt with in the second phase is about 900 feddans to develop residential, services, and other activities. We target developing by the end of the current year; therefore, we still study some offers received to develop the remaining areas, and we may launch a bid on the land.

What are the services that El Mostkbal developed by itself and what other services has the country provided?

We asked the state to serve the water services, but we have connected the other services in cooperation with the state. Furthermore, we signed a protocol with the New Urban Communities Authority (NUCA) worth EGP 1.7bn. We paid about EGP 900m in 18 months. In addition, the rest of the money we pay every three months we pay instalments. We paid the instalments of December six months earlier.

What is the size of NUCA’s dues?

We paid EGP 1bn for NUCA and the remaining amount of money estimated at EGP 700m we will pay within 18 months.

What are the updates regarding the infrastructure of the first and second phases?

NUCA is committed to connecting water to a specific point at the front of El Mostkbal City. The company shall connect the water to the main lines of each project in the city. The sub-developer shall connect sub-networks within his project.

What price do you pay for connecting utilities inside the city?

The total value of the facilities and contracts contracted by the company until the end of the current year in El Mostakbal amounts to EGP 3bn, and this covers the implementation of works of electricity, water, and sanitation, and a network of roads, most of which have been signed. The company has a total of four offers that are under consideration.

When will the company complete the infrastructure development process in the two phases of El Mostakbal City?

The first and second phases, out of a total of five in El Mostakbal City, will be spread on 11,000 feddans will be completed soon.