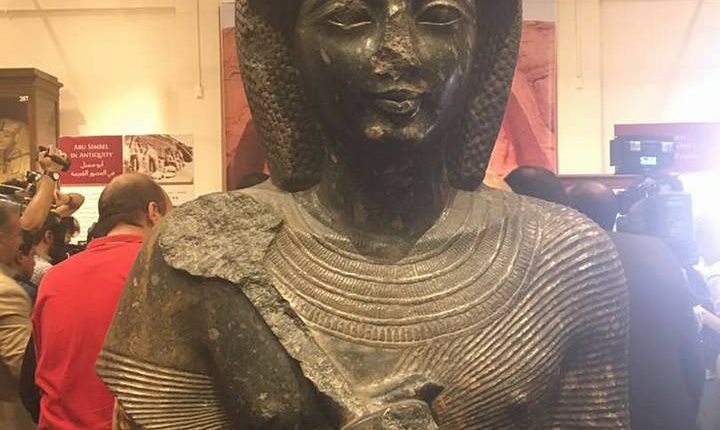 Egypt’s comic lovers are getting ready for the upcoming edition of the Cairo Comix Festival, which is set to take place from 22-24 September. The organisers of the annual event announced the time of the third edition on the official Facebook page after months of anticipation.

Taking place at the AUC Greek campus, the three-day event is planned to witness the participation of Egyptian comic creators, publishers, speakers, and loyal readers over one platform to engage with each other.

The event aims to update all sides with the latest modernised forms of comics on both local and international levels.

The event’s schedule is not released yet, but the poster was released earlier this month showing one of the participating comic characters of the event.

“Tnabla”, the characters screened over the poster, are three overweight young lazy children who are always hungry. Despite that, they have strong abilities and powers in setting scam plans. The characters are drawn by well-known comic artist Hegazy.

For three days from 11 am to 8 pm, people are able to take part in the event for free.

The event was first launched in 2015, with huge participation of the comic society in Egypt. It gained a huge popularity for connecting all sides of humorist community in one place.

The event is founded by Magdy El-Shafei, the owner of  graphic novel “Metro and Twins Cartoon”, Mohaammed and Haitham Raa’fat, founders of “Garage” and “Kawkab El-Rasameen” comic magazines, and Hennawy, co-founder of “Tok Tok” magazine and manager of the 9th Art Foundation.