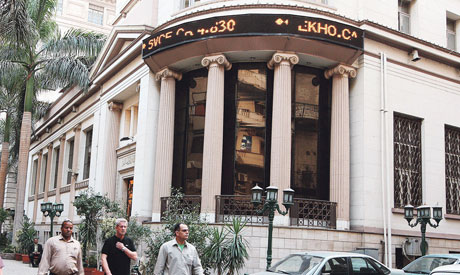 When Egypt’s stock market starts trading on Sunday 13 August, most investors should be watching the following factors in the week ahead, with some companies holding ordinary general meeting to discuss different matters

Starting with Pyramisa Hotels and Resorts’ board meeting on 13 August, it will discuss its financials for the second quarter of the year.

The consolidated financial statements for the company showed a jump in profits by 1,992.16% in the first quarter of 2017, according to a bourse filing.

Talaat Moustafa Group Holding’s board will meet on 13 August to discuss the company’s financials for the second quarter of the year.

Porto Group board will meet also on 13 August to discuss different matters.

The listing committee of EGX has approved raising both the issued and authorized capital of the company from EGP 455.9 million to EGP 501.5 million through the issuance of bonus shares.

The company’s general assembly approved in March increasing capital by EGP 45.59 million, through the distribution of bonus shares at 10%.

Raya Contact Centre’s board will meet on 15 August to discuss the company financials for the second quarter of 2017.

The company announced a 401% jump in its profits for the first quarter of 2017, due to higher revenues and foreign exchange gains.

Raya achieved profits of EGP 40.2 million in Q1 2017, compared to EGP 8.02 million in the same period last year, taking into consideration minority shareholders, according to a filing to the Egyptian Exchange (EGX).