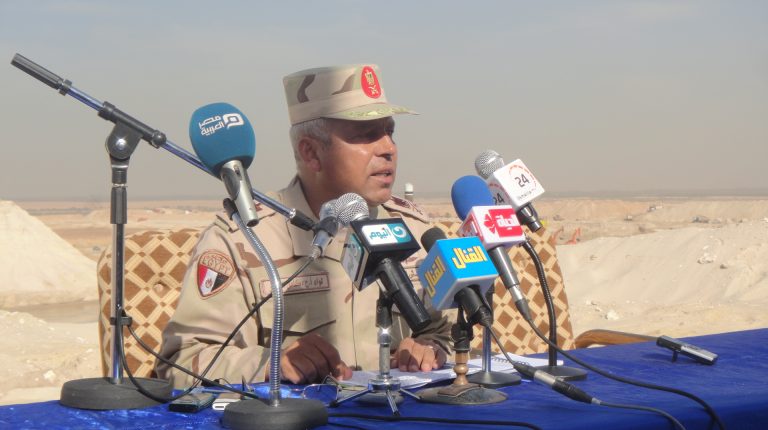 During a meeting with Warraq residents on Saturday, the head of the armed forces engineering authority, Kamel Al-Wazir, promised them a compensation of EGP 4.8 million for 1 feddan (1.04 acres) as a step to reconcile between the state and the islanders.

In a public meeting that was attended by army and civilian officials, as well as the residents, Al-Wazir suggested the monetary compensation as a method of leaving the island without violating their rights.

Al-Wazir also promised the residents, according to state media, that all detainees from the residents who were arrested during the clashes will be released soon.

The clashes resulted in the death of a citizen and the injury of dozens from both sides. The retreat of security forces is likely to be temporary, as government officials have asserted that they have no plans of stopping the demolition of buildings they claim exist on lands owned by the state.

Police forces also arrested 10 citizens on the day of the clashes, after firing tear gas to disperse the crowds, as unarmed individuals “attacked” the forces and workers of the demolition campaign with throwing stones, according to the Ministry of Interior statement.

On 5 August, prosecution authorities referred nine arrested residents to criminal court. According to the Egyptian Centre for Economic and Social Rights, the defendants, arrested during the funeral of the deceased resident, now face charges of assembling and using force against public officials.

Since the dispute between residents and security forces over the demolition of houses on grounds of them being illegal settlements on state-owned property, the government has maintained its intention to go through with law enforcement, although denying plans of evacuating the area to use it for other projects with foreign investment.

During the fourth National Youth Conference in Alexandria, President Abdel Fattah Al-Sisi said that the state would not allow displacement of citizens, asserting that “it is unacceptable to violate the state authority,” in reference to the incident on Warraq Island.