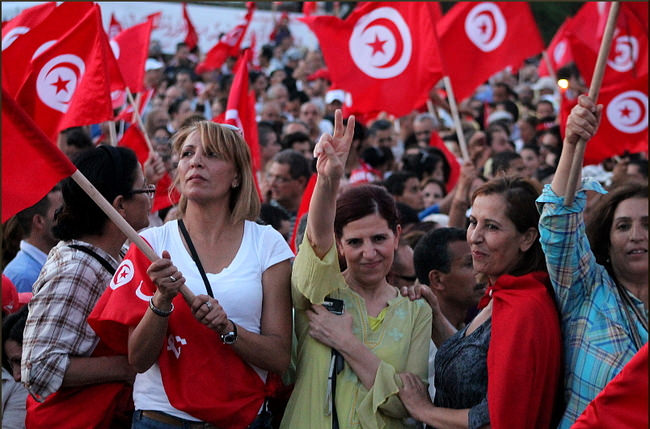 Calls by the Tunisian president to impose policies that equate inheritance shares between men and women have been rejected by Al-Azhar and other Islamist group, describing is as an attack on the principles of the religion.

On 12 August, Tunisian president Beji Caid Essebsi abolished laws that previously put restrictions of marriage between Muslim women and non-Muslims, and which did not equate between men and women in inheritance.

The controversial law 73 was abolished by the president, who argued that in the current age several women travel and live abroad. Before the abolition of the law, Muslim women could not marry non-Muslim men. They can if the man converted to Islam.

Essebsi also mentioned that there will be steps to amend laws that are regulating the rules of inheritance, which are already based on Islamic Sunni teachings. The new suggested amendments will equate the amount of inherited belongings between men and women.

The initiative of the Tunisian president was described among secular and leftist parties and groups as a strong and brave step to enhance equity between women. Meanwhile Islamic Al-Nahda movement parties refused the suggested amendments and vowed to oppose them in the parliament.

Al-Azhar deputy Abbas Shuman published on Tuesday a note on his official Facebook page rejecting the suggested amendments, saying that “calls for equating between the man and the woman in inheritance are unfair, and clashes with the rulings of the Islamic Sharia Law.”

The religious official said that the method inheritance is driven from the religion and Quranic verses, where research is not allowed. Shuman also mentioned refuted the argument that the inheritance of women is less than that of women, saying that in some cases in can be higher.

He also commented on calls to allow Muslim women to marry non-Muslims, arguing that when this happens “the husband will not have the same religon as that of his wife,” which might cause the man to forbid the wife from practising her rituals ending in a marital dispute.

Ultra-conservative Islamist group Al-Jamaa Al-Islamyia condemned on Tuesday the decisions, describing it as violation against the Islamic principles and the teachings of the Quran.

“The Islamic countries are not dead to the extent that the president (Essebsi) is enforcing rules that are against the sole principles of Quran,” a statement from the group said.

It added that there should not be any acts of jurisprudence with Quranic verses. Jurisprudence is the act of exerting effort to research and conclude from the versus of the Quran.

The group also warned any Muslim believer against “violating any Islamic teachings, which are agreed upon from the cleric, and there are no area for opinions in it.”

Al-Jamaa Al-Islamyia, which formally supported former Islamist President Mohamed Morsi and called for his return to power, has stated that it praises the stance of Al-Azhar in rejecting the calls of equity.

Similarly, the Salafist Call, the religious wing of the Salafist Nour Party, attacked Essebsi’s initiative “which calls for inheritance equality between women and men, and the question of marriage between a Muslim woman and an apostate.”

The group said that it was shocked to hear about the decision from the Tunisian Dar Al-Ifta. “Researching matters that are agreed upon in the Islamic nation is kind of messing around with religion.”

In Egypt there has been reported cases about inheritance disputes where women are banned from their share. There are not any official documentation or statistics about the numbers or the frequency of such cases. However, the Egyptian parliament have discussed intensifying prison sentences who are charged with violating inheritance shares.