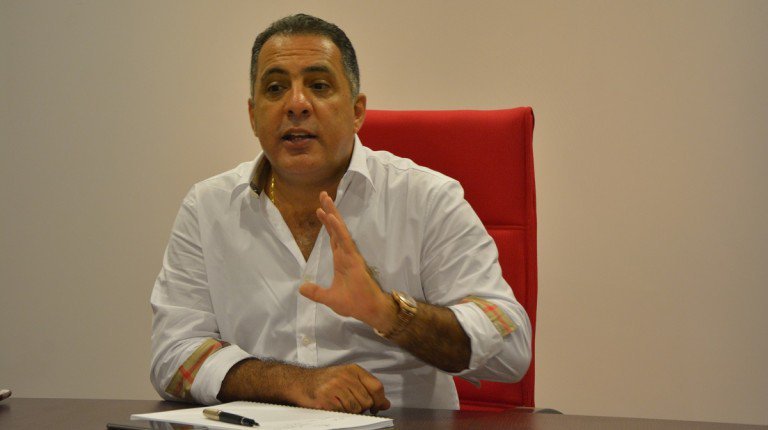 Local pharmaceutical companies producing drugs similar to hepatitis C pill Sovaldi and Harvoni achieved sales of EGP 58.8m in the private market, at pharmacies, during the first half (H1) of 2017 (January to June).

A report by the IMS, the global information and technology services company providing healthcare industry information and consultancy, showed that sales of hepatitis C treatment drugs dropped by 68%, compared to the same period last year, in which sales reached EGP 185m.

Global Napi topped the sales ranking with sales worth over EGP 25.2m during the first six months of the year. This is up by 31.8% compared to the same period of last year.

Mash Premiere For Pharmaceutical Industry came in second place with sales of EGP 9.7m, down by 87% from the same period last year. In third place was Pharmed Healthcare, which registered sales of EGP 7.2%, down by 64% from last year.

Marker Pharma followed in fourth ranking with sales amounting to EGP 6.1m, ahead of the US Company Gilead, which came in fifth place with sales of EGP 5.2m in the first six months of the year.

Mash and Marker are considered the only two manufacturers of the full hepatitis C package, which includes Sovaldi, Harvoni, and Daklinza. The other companies, such as Pharco, Eva Pharma, AUG, Pharmed, and Gilead only produce two products similar to Sovaldi and Harvoni without Daklinza.

There are 18 local companies currently producing hepatitis C drugs. The Ministry of Health is expected to approve registration of new products by new companies in the coming period to bridge the gap in the local demand and supply, in addition to stimulating exporting and promoting medical tourism.

The total sales of hepatitis C drugs in Egypt last year amounted to EGP 320m, which is very small compared to the market size evaluated at EGP 41bn at the end of 2016—with expectations of hiking to EGP 50bn by the end of this year.

Pharmaceutical companies operating in the Egyptian market achieved sales of EGP 23.1bn over the first six months of the current year, up by 2.8% from the same period last year.

Mohamed Mabrouk, CEO of Pharmed Healthcare, said that the reason behind the lower sales of hepatitis C treatment this year is caused by the completion of waiting lists by the Ministry of Health for the treatment of the viral disease this year, which curbed demand in pharmacies.

He noted that many of those infected do not know it, suggesting that the number of patients will grow significantly after the completion of the ongoing medical survey.

He predicted that the number of patients with the virus in Egypt will rise by 3 million in the coming period, which will contribute to increasing sales on the free market.

He pointed out that Pharmed is conducting a survey to detect patients, most recently in Giza, Cairo, Qaliubiya, and Menoufiya, which indicated the infection of 10% of the total population.

The Ministry of Health began in September 2016 the preparation of a comprehensive medical survey for detection and treatment of 4 million unaware cases, having successfully treated 1.3 million patients by the end of July at a cost of EGP 3.3bn.

The ministry aims to complete the medical survey in all Upper Egypt governorates by the end of this year. About 900 villages in 9 Upper Egyptian governorates have been surveyed so far.

Daily News Egypt revealed earlier this month that the Ministry of Health agreed with the National Service Products Organization (NASPO) to import hepatitis C detection devices at a cost of $18m to use in the survey process.

Minister of Health Ahmed Emad El-Din Rady said that these reagents are used to detect the virus using saliva samples instead of blood. These detectors indicate the presence or absence of antibodies. If they exist, the patients undergo further stages of treatment with the PCR test.

The comprehensive medical survey includes two axes: the examination of all junior university students, prisoners, travellers, blood donors, patients in the internal departments of hospitals, and workers in the health sector, in accordance with the prime minister’s decision No. 2015 for the year 2016. The second axis is to reach all other patients in villages and farms. The survey started from the village of Al-Barajil in Malwa in January.

The Ministry of Health treated 58% of cases found on state expense, next to 28% of patients treated at the Health Insurance Authority, 3% at the armed forces and police hospitals, and 11% covered their own cost of treatment.

Egypt is ranked fourth in the world in terms of countries with the highest rate of infection with the hepatitis C virus, after China, Pakistan, and Nigeria.

The past period saw endeavours of some companies, most notably Farco, to export the drug to neighbouring African countries, as well as attracting patients from around the world for treatment in Egypt.

Moreover, Prime Pharma launched a medical tourism programme in Egypt named Tour n’ Cure to attract foreigners for treatment in Egypt. The campaign used a number of football stars to promote it, including Messi and Ronaldinho.

ACDIMA pumped EGP 671m worth of investments in 2017: minister of health and population