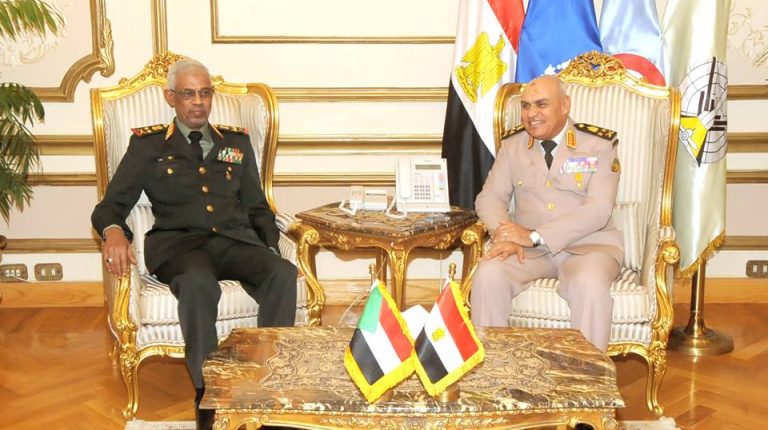 Egypt’s Minister of Defence General Sedki Sobhi received Sunday his Sudanese counterpart, General Awad Mohammed Ouf, in the Ministry of Defence in Cairo, according to a statement by the ministry.

The two generals held a meeting to discuss the latest updates in the national and regional scales, and their impact on stability and security in the region, in addition to discussing several issues of common interest.

During the meeting, Sobhi asserted the deepening of the historical ties and common characteristics between the Nile Basin people, pointing out to the importance of cooperation between the two countries to face the challenges that target the region and boosting efforts of restoring security in the whole continent.

The Sudanese general asserted the strong ties between his country and Egypt, as well as Sudan’s keenness on boosting partnership with Egypt across all fields, praising the Egyptian position in restoring security and stability in the region.