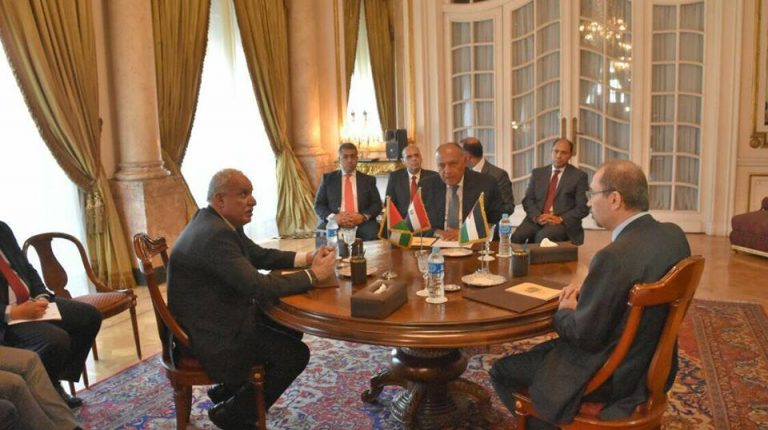 Al-Malki who called on Hamas to return to the Palestinian legitimacy and to end the division, said that Egypt is doing its role basing on the Arab commission to communicate with Hamas to accordance with the comprehensive Arab position, and to end its [Hamas] administration of the Gaza strip in light of preparations of the legislative elections.

The meeting is the second of its kind, after the one held in 14 May in Amman, in context of consultations between the three countries to boost the Palestinian issue, exchange points of views, and coordinate positions before the high-level meeting of the UN.

In a joint statement, the three foreign ministers said that they agreed that remaining the Palestinian issue unresolved  is the main reason of instability in the region, stressing the necessity for Israel to respect the historical, and legal status quo of the Al-Aqsa Mosque, and stopping all the unilateral measures aiming to change the Arabic, Islamic, and Christian identity of the Eastern Jerusalem.