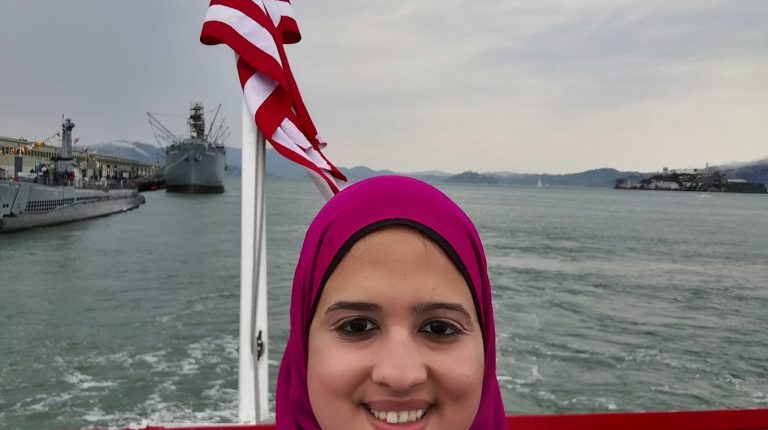 Washington:  Twenty days I spent in the United States of America. Through it, I moved between five cities: Washington DC, New York, Chicago, San Antonio, and San Francisco. This came as part of my participation within a group of representatives from two countries around the world in the Global Economy Training Program of the International Visitor Leadership Program (IVLP) through a nomination from the US State Department.

The common factor in all the states I visited was the love of the American people for their own country. Every square and house has the American flag. They call it Great America. The country itself gives its citizens all means of comfort and psychological stability of health care programmes, education system, and parks, among other amenities.

Since the moment of landing, I noticed that there are many nationalities living on the land of the United States of America. All of them engage in political and economic life without discrimination. One of my main concerns after my travel lurked as the religious persecution as a Muslim—something I did not feel during my 20-day stay.

The visit included spending a day with an American family to learn about their culture and daily habits. Our conversation centred on their strong love for their country, their main motivation behind electing the current US president, Donald Trump, and the desire of the nation to establish an industrial revolution and export the tag “Made in USA” to the world. I noted that this brand was very scarce on industrial products.

The economic aspect of the visit was meeting a group of US State Department officials, a senator, and university professors concerned with economic affairs as well as specialised associations that finance small and medium enterprises (SMEs) and businesspersons in the private sector to identify changes in the global economy and the economic relationship of the United States of America with the 25 other countries participating in the programme.

Of course, Egypt had the largest share of my questions with senior officials there, especially after President Abdel Fattah Al-Sisi’s recent visit to the United States with the Economic Group, which touched on the start of talks with the US side to sign a free trade agreement with the United States.

The answer was contrary to all expectations: the United States does not intend to sign a free trade agreement during the current period with any country, especially as it is not consistent with the policies of the current US administration, which does not believe in free market policies.

Some officials have told me that the US is facing a problem in the signing of the NAFTA agreement (a tripartite free trade agreement between the United States, Canada, and Mexico) and that there are efforts by some government officials to finalise the agreement before the Mexican elections next year.

The officials set some criteria that must be met in any country to ensure the injection of US investments: the availability of democracy, safety, the strategies of countries to achieve growth rates annually, the availability of incentives for foreign investors to ensure the freedom of exit from any markets without any dispute or jurisdictions, and being low risk countries.

The officials stressed that any country where these incentives are met, US investments are channelled there immediately. The highlighted examples include Turkey, Denmark, and New Zealand, which they described as low-risk countries.

A part of the programme was learning about the federal system in the US and the guarantees of independence of each state in running its economic affairs and taxing policies. Indeed, the sales tax in Texas is very different from other states.

Surprisingly, some states put rehabilitation programmes for the homeless to ensure rehabilitating them and providing them with shelter. For instance, San Francisco annually spends about $300m for the rehabilitation of homeless people.

At the end of the visit, I was wondering why the Egyptian Ministry of Foreign Affairs does not adopt cultural exchange programmes, such as the International Visitor Program, adopted by the US Department of State to identify the economic changes and the most prominent touristic places in Egypt. Why are they not interested in developing development programmes for each governorate with a timetable to develop and exploit their resources?