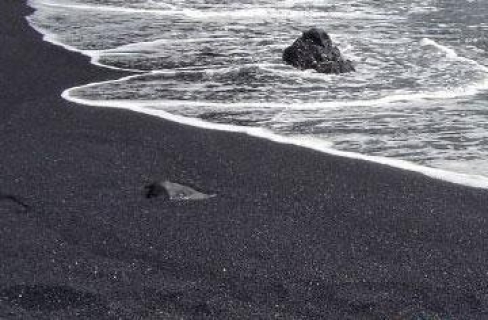 Australian company Minerals Technologies will supply drilling equipment and machinery for the black sand project in the Borollos area in Kafr Al-Sheikh after winning a tender against Chinese and Canadian companies.
Ashraf Soltan, chairperson and managing director of the Egyptian Black Sands Company (EBSC), said that the company is going to negotiate over decreasing the value of contracting with the Australian company to buy equipment that processes black sand. He noted that the winning company has provided the best technical and financial offers, and the contract will be concluded within two weeks.
He added that the EBSC has signed a usufruct agreement with the Kafr Al-Sheikh governorate for 80,000 feddans of land in the Menesy saltern designated for establishing a black sand separation plant at a cost of $40m.
Soltan revealed that the Kafr Al-Sheikh governorate has replaced the land previously acquired by the company, amounting to 50,000 feddans, since it was far from the road and requires many infrastructure works. He added that the newly obtained land was recovered by the governorate as part of its recent campaign to recover state lands.
Soltan said he will meet on Tuesday with the Minister of Electricity Mohamed Shaker to consult over the supply of 9 MW of electricity to operate the factory’s furnaces, dredges, and equipment used in the project.
He revealed that the Ministry of Electricity has offered to supply power to the plant for EGP 300m. He stressed that this offer is too expensive since the plant is one of the national projects that will achieve a great return on the Egyptian economy.
The extraction of economic minerals from the black sand in Borollos is considered a major project with high revenues expected.
Sand is pulled up and processed to extract six minerals: ilmenite, magnetite, rutile, zircon, garnet, and monazite. These minerals are bases for 100 types of basic, medium, and high technology industries, including ceramics, paints, high-quality water purification and treatment devices, advanced military industries, and transportation.

Black sand contains several metals—80% of which is titanium and which would generate 44% of sales.