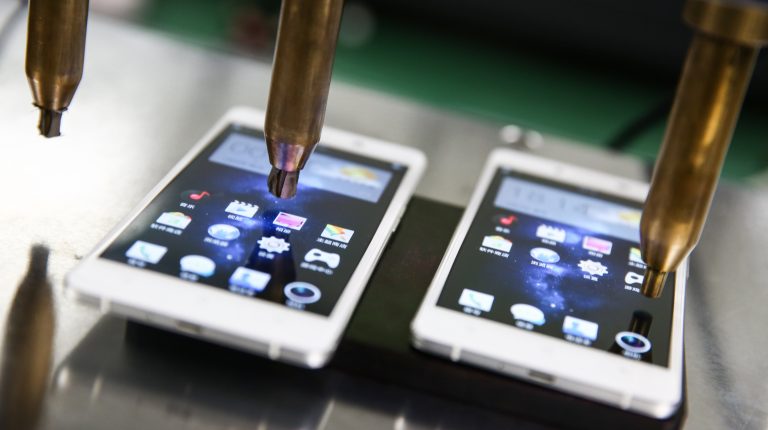 Director of Camera technology, Photography Lab, OPPO, Qiqun Zhou, said that in May 2008, OPPO launched the A103, its first Smiley Face mobile phone. At the time, it had the best photo-taking and video-recording capabilities among all its peers of a similar grade.

In 2009, OPPO launched the camera phone P51 featuring a 5 MP camera with multiple features, including auto focus, face detection, image stabilization, red-eye reduction, 8x digital zoom and real-shot for fun images. Then, in 2012, OPPO was the first to introduce the beautify function into mobile phones with the successive launch of two revolutionary products, the U701 and U2. The success of these two products created a new segment in the mobile phone market—smartphones equipped with beautify features. This created a new trend where users would snap selfies and then beautify the result before posting it to social media. Naturally, many manufacturers followed suit and launched similar products.

The OPPO U701 was the first smartphone in the market with the function to beautify selfies. At the time, smartphone front camera quality was generally 1.3 MP. Yet, the OPPO U701 had an unprecedented 2MP camera and the Beauty+ engine, which was capable of smart facial recognition, skin tone touch-up, and facial feature enhancement.

In 2012, the OPPO Find3 was configured with the “instant shot” function. The perfect final image was captured the moment the shutter was pressed, without any delay.

In 2013, OPPO launched the N1, the world’s first 206° rotating camera phone. It was equipped with a 13 MP camera for capturing images from the front or rear. During the same year, OPPO introduced the 8s slow exposure which brought more possibilities to mobile photography.

In 2014, the Find7 was launched; its ultra-HD function was released ahead of competitors. With the multi-frame processing technology, the quality of images captured by its 13MP camera could become a composite at 50MP, which rivalled the quality of main images seen on magazine covers. This was another breakthrough for OPPO’s multi-frame processing technology. The Find7 was also equipped with the multi-frame image stabilization technology. The moment the shutter was pressed; several images would be captured continuously in the background. The best image was then automatically selected and saved. The entire process lasted only tens of milliseconds. To date, it is still the fastest automatic background multi-frame selection and image stabilization feature in the industry.

In 2014, OPPO N3 was upgraded to the motorized 206° freely-stop rotating camera. It is still the world’s only patented mobile phone with motorized rotating camera technology. The OPPO N3 lens was honourably granted professional certification by Germany’s Schneider Kreuznach.

This spirit of innovation continued to drive OPPO forward. In 2016, OPPO announced the ‘Selfie Expert’ F-series. The flagship model, the F1 Plus, was OPPO’s first device packed with a 16-megapixel front camera. In the same year, OPPO worked with Sony to co-develop the customized 1/2.8-inch IMX398 sensor for the R9s. The outstanding product performance and amazing user experiences placed OPPO as the leading brand in setting trends for smartphone photography.