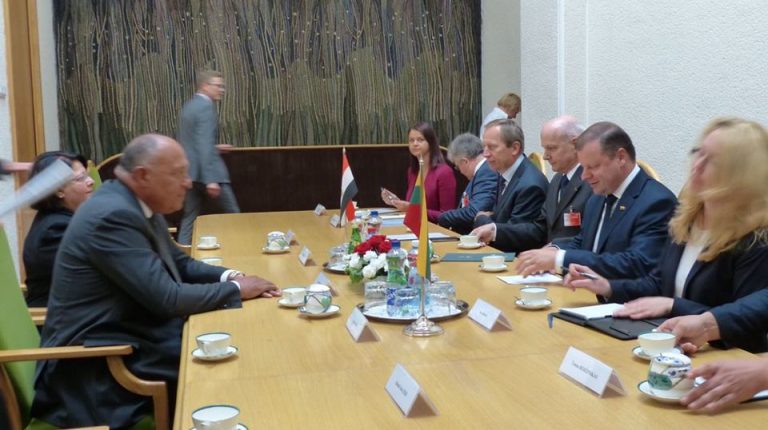 The meeting comes at the end of Shoukry’s European tour to Russia, Estonia, and Lithuania. He also met with his Lithuanian counterpart Linas Linkevicius.

Abu Zaid said that Shoukry’s visit is the first visit for an Egyptian minister to Lithuania, in light of Egypt’s keenness to develop bilateral relations with Lithuania and other Baltic states and coordinate in international forums and the European Union (EU).

The meetings discussed several issues of common interest and the candidacy of Moushira Khattab to head the United Nations Educational, Scientific and Cultural Organization (UNESCO), the statement read.

Shoukry asserted the necessity of increasing trade exchange between the two countries and cooperating in communications, tourism, renewable energy, and industrial fields, according to the statement.