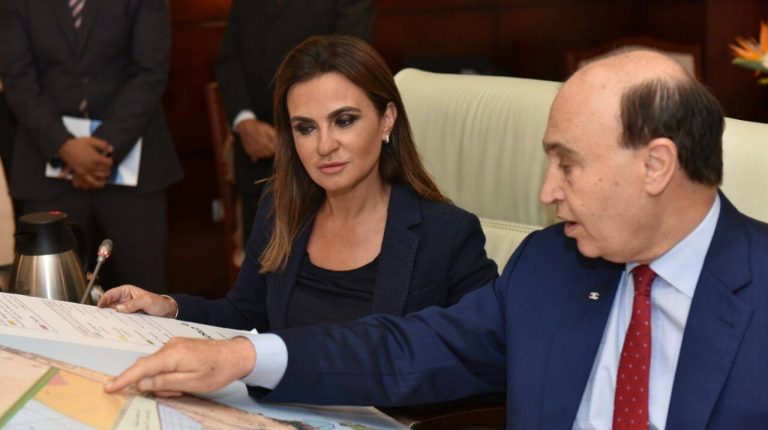 Minister of Investment and International Cooperation Sahar Nasr and Mohab Mamish, the head of the Suez Canal Authority, visited the High Flex Company, one of the largest companies in the water desalination field. The two officials listened to a detailed explanation of the company’s complexes, business activities, and work mechanisms.

In this regard, the two sides agreed to complete the negotiations for the company work in the Ain Sokhna Economic Zone (SCZone) and the establishment of a project for the desalination of seawater with a capacity of 100,000 cubic metres.

Nasr and Mamish visited the new port, which was established by the Singapore Ports Authority to accommodate the volume of the works in it, where Wan Chi-long, the head of Port Authority, and senior port officials at the PSA discussed with them port expansions and investment volume, as well as the company’s plan to work with international shipping lines and the company’s business in the Middle East.

The two sides also discussed the expected volume of container transactions in Egypt during the coming period. In the same context, the head of the Singapore Ports Company said that the Egyptian market is one of the most promising markets worldwide describing it that it is characterised by high consumption, which will enhance investment and foreign trade.

During the visit of the new Singapore’s port, they discussed the mechanisms of managing the berths in the new port of East Port Said. The negotiations were held two years ago with Singapore ports and were then handled by the Economic Commission with high efficiency, according to Mamish.

Head of Suez Canal Authority added that a memorandum of understanding (MoU) was signed with Singapore Ports World Company to study the management, operation, and marketing of a new container terminal in East Port Said in November 2015 as one of the largest port operators and the second largest container terminal in the world.

The MoU provides technical assistance in developing and marketing the plant, reviewing its design standards, and the operational background in accordance with international standards.

Nasr stressed that Egypt looks forward to take advantage of the Singaporean experience in the establishment and management of ports and in promoting Singaporean investments in the Suez Canal Development Project, noting that the new Investment Law includes a number of incentives for investors who can benefit Singaporean investors.