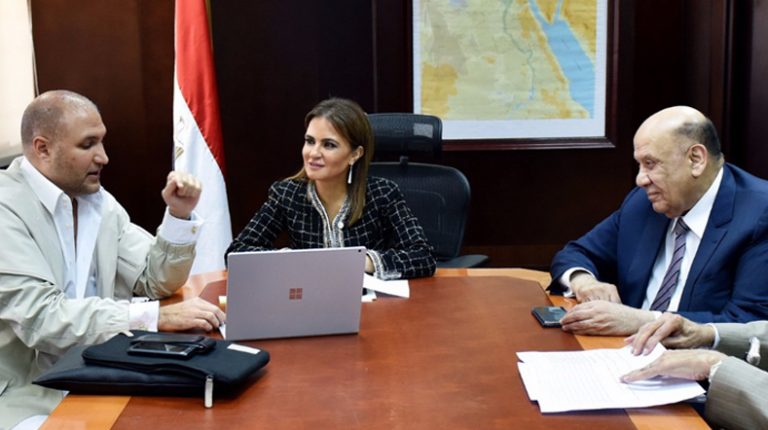 Minister of Investment and International Cooperation Sahar Nasr announced that she agreed with Saudi businesspeople Fahd Al-Shobokshi and Abdul Rahman Al-Sharbatli to inject new investments in Egypt worth $2.15bn.

During the meeting, they discussed increasing their investments in Egypt, as the group’s current investments is about $3bn.

The meeting saw the discussion of the investors’ intentions in pumping new investments in Egypt worth $2.150bn, represented in $1bn that will be invested in the expansion of the two projects of the Golden Coast Sharm El-Sheikh’s Nabq area and Hurghada’s Soma Bay. The implementation of the second production line at South Valley Cement Company will see the investment of $150m and $1bn in the implementation of new projects with the Arab Development Company (ARCO).

Nasr stressed that Egypt welcomes all investors wishing to expand their businesses in the country and facilitates all procedures for them, especially Saudi investors. Meanwhile, the Egyptian-Saudi Business Council raised investment ceiling in Egypt to $51bn. This came in light of Saudi Arabia’s public and private sectors’ ambitious future plan to invest in Egypt’s agricultural and tourism sectors. They also have plans to inject investments into the Suez Canal Development Project and other projects in the fields of energy and real estate development.

The new Investment Law includes a number of incentives for investors in the most needy areas. There are also many investment opportunities in the Suez Canal Development Center, the New Administrative Capital, and the new El Alamein City, which Al-Sharbatli Group and Al-Shobokshi can invest in, according to Nasr.

She said that the ministry will complete an investment map in coordination with all ministries, including more than 600 investment opportunities across all governorates, including industrial and commercial free zones to Arab and foreign investors.