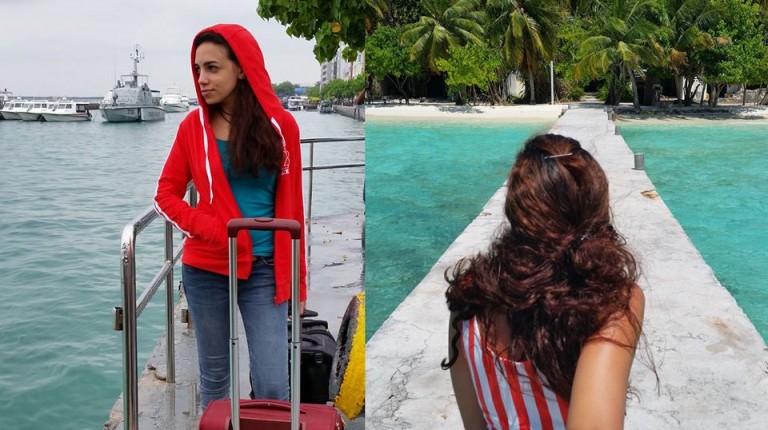 El Gouna Film Festival kicks off its first round this year brigning films from all over the world on one platform where passion, sympathy, and enlightenment from different counties and culturesunite under the slogan of Cinema for humanity.

In a press conference, held earlier this week, the festival’s founders and organizers discussed the details of what’s planned to be an annual event; from the moment, it was only an idea invading thoughts, until preparing final settings of the event.

From September 22-29, every year, cinema passionates from Egypt and around the globe, have a date with the latest cinema productions of the year and the mesmerizing El Gouna, to embrace the beauty of life.

Founded by brothers Naguib and Sameh Sawiris, the festival’s main goal is to promote cultural interaction, foster the awareness of different cinematic schools, and boost tourism in El Gouna. The festival also aims to generate development opportunities and support all freedom of express forms.

“Why did I found this festival? Simply because I’m in love with cinema,” Naguib Sawiris simply started his conference speech “every time I find myself in a boring party, I sneak out of it and return home to watch an interesting film!”.

“The mission of El Gouna Film Festival is to create a successful film festival capable of drawing international and professionals, paving the way for Egypt to become a beacon of cinema for the entire world” he stated.

As for picking El Gouna as a place, Sawiris asserted that away from other different touristic destination in Egypt, El Gouna has all the elements to make it as famous as Cannes.

“It’s a city that needs to be stamped in the world,” he added.

Something that Amro Mansy the CEO of the festival and one of co-founders agreed with stating that “El Gouna has all the needed requirements for international events whether they are festivals, or major sports events like the International Squash championship. It has what adds perfection to global events”.

As for Samih Sawiris he expressed his anticipation for the event as he believes that “the festival will give the city an additional advantage and a new spirit” expressing that “El-Gouna’s temperate climate and magnificent natural landscape, and being a hub for foreign communities in Egypt makes it the perfect location for the festival”.

From her side, Boshra Rozza, a co-founder of the festival, deeply believes that the festival helps in enhancing Egypt’s image across the globe,” I believe that culture and tourism work much better than politics; it’s all about communication and introducing ourselves to the world aiming to find bridges and common language to speak together, something that politics often complicates” she explained.

As for the impact the early steps of the festival has achieved, Boshra clarified that they were unexpected and initiates the impact people have sensed already from the festival.

“The interest we have seen at the early steps from film makers from all the world, and people who have agreed to come and join the festival tell us that this festival already managed to show a different aspect of Egypt to the world,” she explained.

The reputation El Gouna has already has helps us [the organizers] big time in convincing people that this place is safe and that this festival is different than the others, she added.

The festival’s slogan is cinema for humanity; an ambition Naguib Sawiris aimed to achieve when he had chosen the slogan.

“The whole area [Middle East] has been a source of agony and disturbance for the world” Sawiris explained adding “we’re either surrounded by news of terrorism, or crisis or poverty!”.

I want to use cinema as a way to defend humanity, Swiris added, we need a platform to stand against extremism, wars, and terrorism only for the sake of humanism.

That’s why the main criteria films were picked upon, is to have a message of humanity and they have to be spotlighting human nature from different sides of the world in order to showcase that despite differences, humans are much similar to each other.

“We made sure while picking the films that they should be expressing or highlighting a human feeling or status” Rozza asserted.

All the participating film are 2017 productions. Prominent actress Nelly Karim was announced to be the head of short film section’s jury while Egyptian composer Tamer Karwan, the head of the Documentary section’s juries.

The festival also host 12 world premieres for both features and short films.

Other than screening films. The festival also hosts CineGouna, a business platform for Egyptian, Arab and International directors, producers, and distributers in order to discuss cooperation opportunities between them.