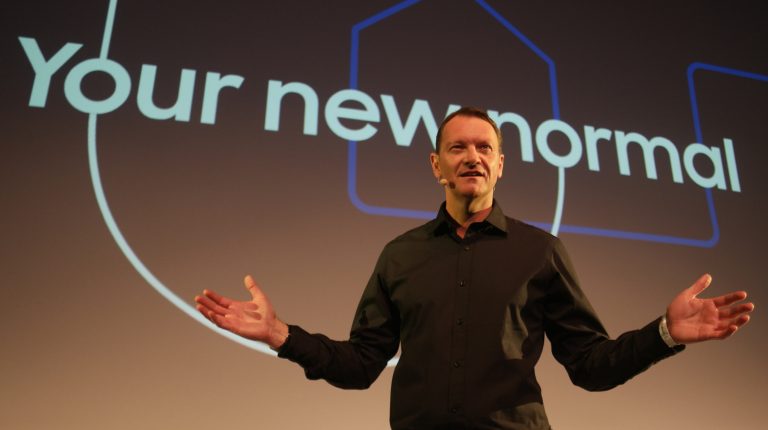 Samsung Electronics Co today used its presence at IFA 2017 in Berlin to showcase its latest consumer products and innovative technology.

During its press conference, Samsung highlighted its focus on the craftsmanship and connectivity of its products, along with partnerships that are enabling its technology to rapidly set new standards.

Samsung continued to revolutionise the visual display industry at IFA 2017, with the release of a new 43-inch version of The Frame.

Previously available in 55- and 65-inch sizes, the design-led TV experience is the ideal fit for the living room or other sized rooms in the home.

Samsung also introduced the world’s largest QLED gaming monitor – the CHG90, which measures 49-inches, offering a full and immersive view of gaming action.
The Craftsmanship for Meaningful Innovation in Appliances
Samsung’s new home appliances introduced at IFA 2017 are designed with a single aim in mind: to make a meaningful difference in people’s lives with brilliant innovations they come to rely on.

The versatile smartwatch, the new Gear Sport, takes on board the functionality that users want from a fitness gadget today. It includes built-in GPS, run-pacing features and nutrition tracking. With a focus on connectivity, the Gear Sport can control the Samsung IoT-enabled devices, act as a remote control for a PowerPoint presentation or Samsung Gear VR, and pay for goods via Samsung Pay (NFC Only). Samsung also launched the Gear Fit2 Pro – an advanced GPS fitness band. It features a beautifully curved 1.5” Super AMOLED display and is able to track various activities – whether on land or in the pool.

Samsung’s ongoing partnership with HARMAN is also fortifying its big picture for new technologies. Following six months of partnership, Samsung is now the global leader in connected car technology, with more than 50 million cars on the road worldwide powered by HARMAN and Samsung technology.