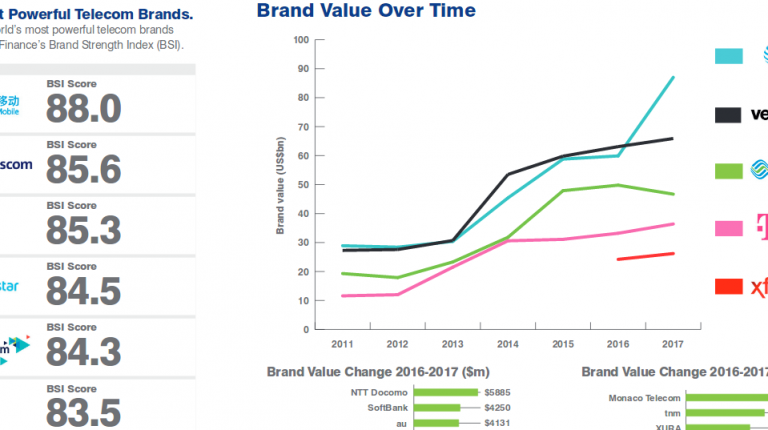 The Brand Finance report listed the top telecom companies in ranking of the value of their brands. The report included only one Egyptian company, Telecom Egypt, which came in the 170th spot amongst 500 companies included in the report.

AT&T saw its brand value grow 45% this year to $87 billion, overtaking Verizon as the most valuable telecom brand. The brand topped the ranking with an estimated brand value of $87bn, up from $59.9bn.

Verizon, though it has lost its position at the top of the table, remains strong, registering a two-point BSI score improvement and 4% brand value growth, placing it in second place with a value of $65.9bn, up from $63.1bn in last year’s ranking.

Vodafone came in sixth, down one spot from last year’s ranking. The brand value declined from $27.8bn to $21.8bn this year—a sharp decline of 22%.

NTT was ranked one spot ahead from last year. The report indicated the brand to be worth $21.1bn, up from $18.1bn last year, marking a growth of 16%.

Tailing the list was Docomo, after having its brand value increased from $13.5bn last year to $19.4bn this year, marking an increase of 44%.