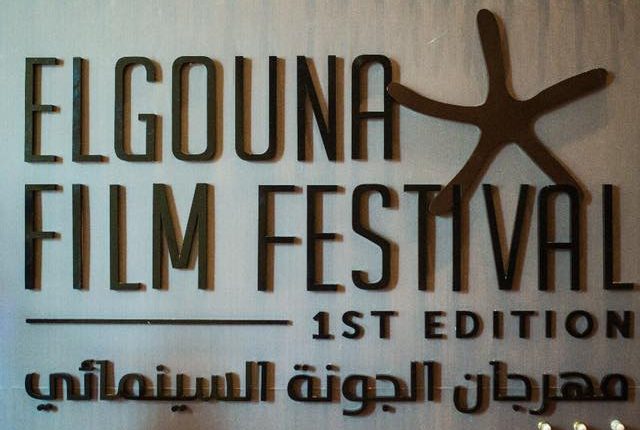 On the sidelines of El Gouna Film Festival, workshops for teaching young talents walk in parallel to the festival’s main competitions, including an American film diplomacy programme, American Film Showcase.

Provided by the US embassy in Cairo, the program aims to improve Arab talents in the field of scriptwriting on the hands of two prominent American filmmakers; Screenwriter and director Richard Tanne, and producer and screenwriter Jeff Stockwell.

The program is supported by the US Department of State, in cooperation with the University of Southern California’s School of Cinematic Arts. It launches this year’s round as a part of CineGouna Bridge, a platform of the festival for connecting cinematic voices that come from different regions and link filmmakers from the Arab world and international figures.

Through workshops, round table discussions and panel discussions, CineGouna paves a path for expertise of film industry to discuss with new talents their productions and possibilities of collaboration between two sides.

In a special interview with the Daily News Egypt, Ruth Anne, the US Culture Attaché in Egypt, she talked about the programme and the cultural investment US are putting in Egyptian society through a series of art and musical events aiming to bond between the two countries and find a common ground to communicate over.

For the past couple of years, the US embassy in Cairo has been engaged in the field of film diplomacy by bringing together Egyptian filmmakers with American instructors who are professional in the film industry whether they are film writers, screen writers, producers, developers, or even distributors.

Through a series of sessions and workshops in Egypt as well as training programmes in the US.

This has led up to organizing workshops where two American directors and screenwriters Richard Tanne and Jeff Stockwell are to join El Gouna Film Festival by giving master classes as part of the CineGouna Bridge platform.

We have several reasons behind that; first, we have been working with several filmmakers whom their films are participating at El Gouna Film Festival. So holding the American Film Showcase at the festival is a way to continue our collaboration with them.

Also, we expect will be an extremely important regional film festival, because our workshops are not only for Egyptians but from filmmakers from all the Middle East. In the workshop, we have four Egyptian participants and six from across the region, including Tunisia, Lebanon, and Morocco.

There are two main workshops, but the focus will be mostly on screen-writing, and the participants that have been selected were nominated upon their film projects as it was a part of their submitted application. So, the screen writing course will help them with their current projects which they will be bringing to the workshop to develop their ideas with the American advisors.

We believe that it’s tremendously important. We think that ultimately the purpose of culture diplomacy is to build bridges between people, and to help Egyptians to better understand the United States and vice versa.

Egypt is a major partner for us in a lot of different areas including strategic issues and military ones and we think that the cultural partnership is equally important.

It has been taking place in Egypt for the past 5 years.

We are active in a full range different of cultural activities; from music to theatre and dance as well as educational programs and cultural exchange programmes.

We had a huge spring festival last spring with a concert that was held at the citadel with the participation of an American Jazz group and Egyptian independent singer Dina EL-Wedidi. The festival continues as we send some Egyptian singers—EL-Wedidi included—to the US through a programme called centre stage.

We will also bring another American group to Egypt next spring at the American Music Abroad Program.

So, music is a huge part of what we’re doing in here as well as partnering with musicians who are still in development to work with visiting American music experts in a similar way to of the Film Diplomacy Program.

We also have a theatre project that we will hold in October, where we will be bringing directors and writers from the US to partner with directors and play-writes from Egypt on a project to bring women stories to the stage.