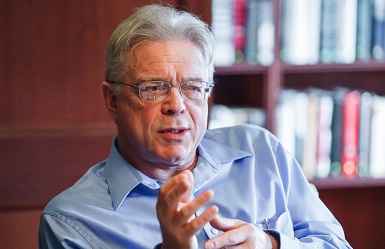 A frequent theme of modern Arab intellectual discourse has been the search for solutions to the failures and weakness of the Arab world in recent times. This, alas, has led the region down several blind alleys that have only made things worse. One of those was the path of socialism.

In this, the Arabs were not alone.  Just as there was “Arab socialism”, there was also “African socialism” and various other socialisms in Asia and Latin America—that is, in all the parts of the so-called “global south”, most of which won independence from European colonialism in the decades after World War Two.

Looking back, it is hard to blame the leaders of the newly independent states for this self-defeating idea. At the time, socialism dominated thought in the more developed countries.  Under “Soviet socialism”, Russia had risen from a weak, agricultural country to become one of the world’s two “superpowers”. Its system had spread to some fifteen to twenty other states, altogether encompassing one-third of the world’s population. Even in the “capitalist” West, a milder form of socialism prevailed (except in the United States) under the leadership of parties calling themselves “social democratic” or “labour” or “socialist” or “democratic socialist”. These practiced a “mixed economy”, but with the goal of continually increasing the socialist component.

Wherever they turned for advice, the leaders of the global south were counseled to pursue socialism.  In addition to the traditional arguments for socialism—that it was fairer, more just, more brotherly, more humane—there was offered a new reason. These countries needed to “catch up” with the more developed ones, and to do this they needed “planning” and government control of the economy. This idea was the conventional wisdom of the so-called “development economists” of the West, including most American scholars. And it was also the official advice of the United Nations, through its division known as “UNCTAD”, the UN Commission on Trade and Development. How could the new nations, which had few highly trained economists of their own, turn their back on this advice?

UNCTAD not only advised countries to adopt socialist, government-planned economies, it also propounded “dependency theory”.  According to this theory, all interactions between poor countries and rich countries were unequal and would benefit the rich at the expense of the poor. Therefore the best path for poor countries was to seal themselves off from foreign trade and investment.

Thanks largely to following this bad advice, the southern countries achieved little if any economic growth throughout their first few decades of independence. Yet it was not even this dismal record that finally awakened the world to the folly of the socialist path to development.  Rather it was the contrasting example of a few countries in Asia—South Korea, Taiwan, Singapore, and Hong Kong—that opened eyes. In contrast to the UN’s advice, these welcomed foreign investment and sought out foreign markets, encouraging mass production for export by private industry. That strategy worked to lift these countries from dire poverty to the global middle class and beyond.

Other countries in East Asia were the first to learn from this example. Remarkably, even the People’s Republic of China switched to the “capitalist road”. Oddly, the Communist Party retained its dictatorial political power, but it no longer even pretended to believe in communism. As a result, China has become the world’s biggest trader, the value of its exports now equaling those of the United States and Japan combined. And its economic growth has broken all records. Vietnam, the second largest communist state in Asia, is following China’s model.

But in the Arab world (and Africa), getting away from the failed socialist model has proved more difficult. Socialism is no longer widely hailed as a solution to the region’s problems. Lip service is paid to the need for foreign investment. But much more needs to be done to free the region’s economies from weight of government. As serious as is the problem of unemployment, too many people are employed by government with too little to do. There are too many government subsidies of goods, discouraging production and using up funds that might go to things like education that fuel long-term economic progress. And there is too much bureaucracy and red tape that makes it hard to invest. In short, the Arab world needs to systematically rein in government and make life easier for the private sector.

Socialism was a beautiful idea, but a false one. Over the course of a century, it failed everywhere and in many different forms. The ones who have suffered the most from it are the poorer countries—in the Arab world and elsewhere.

Joshua Muravchik is the author of Heaven on Earth: The Rise and fall of Socialism.