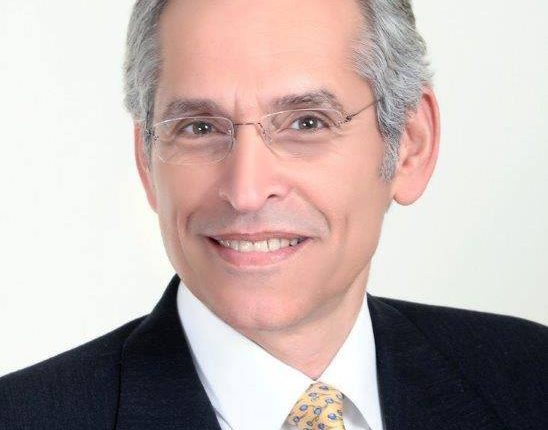 The Agriculture Export Council (AEC) in cooperation with the Ministry of Agriculture is negotiating with three countries (Australia, Canada, and China) for approval to allow the entry of four new products to their markets in the coming period.

AEC head Abdel Hamid Demerdash said the council is currently working to export grapes to Australia and Canada, motivated by the success of the crop export to East Asia markets. The council is also working on exporting onion, pomegranate, and dates to China, following a successful experiment of exporting grapes and citrus there in the past two seasons.

He pointed out that measuring the success of the development of Egyptian exports is showing by their ability to invade new markets and opening the door for new exports. He added that Egypt is constantly developing the two sectors, where new export markets have recently been opened in East Asia and Africa, in addition to exporting new products for the first time.

Demerdash said that the AEC is now focused on opening new markets through signing quarantine protocols by communicating the necessary information and the products that could be traded between Egypt and the other countries.

He pointed out that the opening of new markets depends on the quality of the product and its ability to reach the consumer with high quality, especially in far markets, like China and Eastern Asia, which require long shipping time.

He pointed out that Egyptian exports achieved a relative increase in the season ending in July by 4% in terms of quantity that rose over 3.7 million tonnes, up from 3.570 million tonnes in the 2015/16 season. The increase was mainly driven by the citrus sector, especially for European countries.

He added that despite the increase in quantities exported, but their value fell by about 50%. He explained that this decrease was fueled by the large drop in global prices and the pressure from clients abroad on Egyptian exporters to lower their prices to share the increased revenue expected from the flotation of the pound.

He pointed out that the devaluation of the local currency has led many companies to export and provided lower prices, which impacted the price of Egyptian products on the global markets. Demerdash added that the strong competition with some countries have lowered the export power of several products, including onions, which saw its exports decline by 58% last season, on the back of India entering the Arab world’s markets.

As for the problems facing Egyptian products, especially banning their entry by several countries, Demerdash said the decisions to ban entry of Egyptian agricultural products did not have much impact last season, mainly because they were issued at the end of the season after signing most contracts. However, he said that such decisions impact the reputation of Egyptian products on global markets.

He explained that the AEC also took several decisions to limit the export of products that do not meet the specifications or contain pesticide residues. Moreover, a committee was formed between the AEC, the Ministry of Agriculture and the Ministry of Industry to put together strict regulations on exports. These regulations will be issued soon.

He added that the AEC is also negotiating with the countries that banned the entry of Egyptian exports to to convince them to lift the ban through advising them with the new regulations that will be passed by the Egyptian government. He stressed that this measure aims to also ensure that such bans do not occur again in the future.

Demerdash said the when Saudi Arabia found a problem in one of the shipments it received, the Saudi Ministry of Agriculture filed a complain to the Saudi Ministry of Foreign Affairs. The ministry then transferred the complaint to the Egyptian embassy in Saudi Arabia, then to the Egyptian Ministry of Foreign Affairs, which sent it to the Egyptian Ministry of Agriculture, which, in turn, advised the Quarantine Authority and the AEC—a process, according to him, that takes a long time. Hence, Demerdash said they are working on opening new communication channels between the Quarantine Authority in both countries.

He pointed out that the AEC and the Ministry of Agriculture are planning to regulate exports, especially sensitive products, including strawberries, grapes, and peppers, through registering the farms that export such products with the AEC to ensure supervision over them through specialised committees. He noted that these committees have registered 250 farms from a total of 350 farms that submitted requests for registration, where the other 100 farms were declined for not conforming with the specifications.

Demerdash demanded the need to change the exporters’ registry and set conditions for entry into the export sector, amid the entry of a large number of exporters to the sector to benefit from the devaluation of the local currency, although they do not have the expertise or the appropriate pricing measures.

He pointed out that the controls are currently being studied to regulate exports in all sectors. Demerdash further added that there must be a database of all companies, noting that there are 2,400 agriculture exports company, while the AEC only has information on 1,400 of them.