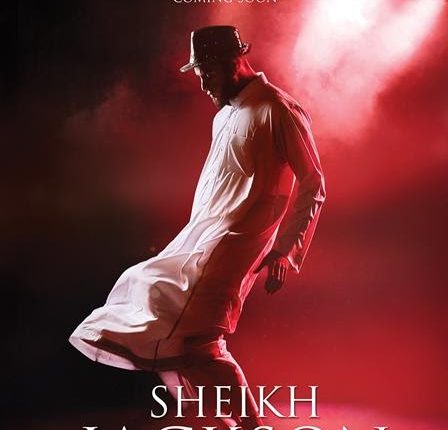 The film is also selected to open EL-Gouna Film Festival running this month in its first edition as well as participating at the festival’s Feature Narrative Competition.

Marking its second international premier, Sheikh Jackson is selected to participate at the 61st BFI London Film Festival, taking part in October at the Journey section of the festival. The film is written and directed by young talented Amr Salama, and stars Ahmed El-Fishawy, Ahmed Malek and Maged El-Kidwany.

This comes after the film was previously selected to be screened at he 42nd Toronto International Film Festival (TIFF) in closing of the Special Presentations section that presents world premieres. The film is also selected to open EL-Gouna Film Festival running this month in its first edition as well as participating at the festival’s Feature Narrative Competition.

The film runs at 2009, when the death of king of Pop Michael Jackson hit people with shock, sorrow, and agony especially a young Egyptian Sheikh (Preacher) who was dubbed with Jackson at his teenage years in high school. It takes the audience in a journey where the young preacher recalls his younger years of fascination with Jackson’s dancing and lifestyle.

While the audience gets to witness his memories, and the things the young preacher shares in common with Jackson, they find themselves trapped in his mind that questions the truth about who he really is.

Sheikh Jackson is co-produced by The Producers, Film Clinic, and iProductions with Daniel Ziskind Associate Producer.

The London Film Festival is one of the oldest film festivals in the world, run by the British Film Institute, it’s known for its selectiveness in screening films.

The average number of films that compete at the festival have reached over 300 films from 50 countries around the world. It is considered one of the top 5 international festivals that attract audiences as its ticket sales have surpassed 160 thousand tickets. It is also known for hosting the biggest stars of the European and international cinema, in addition to organizing events that allow the audience to interact with them.