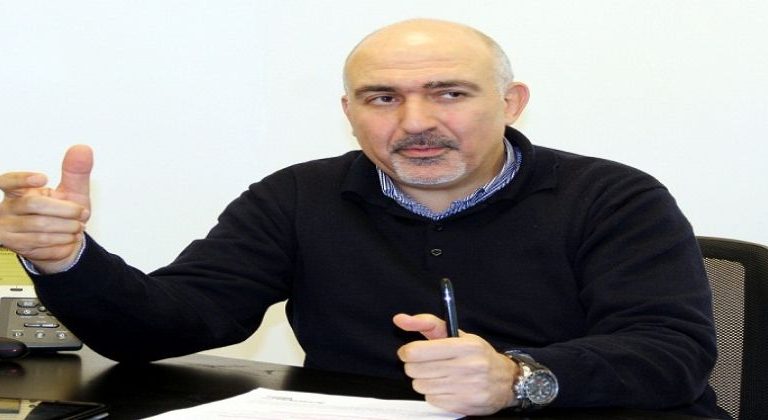 Lenovo’s strategy in the coming period is based on three main axes, the first of which is the increase in deployment based on various services offered by the company in the IT sector.

Especially after the acquisition of one of IBM’s units, which authorized Lenovo to provide data center services.

According to Yasser Shaheen LENOVO-Egypt Country General Manager, the second focus on the company’s strategy depends on device in cloud, in addition to the third axis, which focuses on the spread of the company’s devices for individual consumers, whether computers or tablets or smart phones .

What is the company’s strategy in the next upcoming five years?

Now that the company has become a larger entity from a hardware vendor and has introduced new services such as the consumer products sector and the Data Centre, which was formed after the acquisition of a subsidiary of IBM, the company’s strategy changed.

Our new strategy is based on three main axes: expanding the global reach of all our products, especially the retail consumer sector, continuing to rely on technological innovation, and focusing on our strategy of device in cloud because it is the future of technology.

Moreover the third axis, which depends on the deployment of our products from mobile devices, whether branded Lenovo or Motorola.

This strategy will be applied not only at the global level, but also at the local level.

During the recent period, the global technology market witnessed many acquisitions, what is the meaning of this?

Acquisitions in the global market are not intended to increase competitiveness as much survival. Lenovo, for example, is the world number one selling computers, but if we do not think about investing in other sectors.

However, if we stopped at this point only and didn’t invest in other products we would have been affected during the decrease in computer sales.

Therefore when we were the number one worldwide in the production of computers went to the manufacture of tablets and our product achieved this success and widespread.

Additionally, large companies must be flexible enough to meet consumer needs as they change with consumption trends, which is part of our strategy.

What are the mechanisms to implement your strategy in the Egyptian market during the coming period?

The number of employees in the Egyptian office has quadrupled, and it is the first step to translate the company’s strategy. Many new employees have been recruited, although Lenovo’s office in Egypt is a representative office only.

The second step in implementing the strategy is to appoint managers for each sector capable of carrying out the parent company’s strategy.

Only an agreement with local partners is left to help us implement our strategy in the coming period, which we are currently implementing.

What solutions do you think will grow during the coming period?

Each market has its needs and is determined according to a number of determinants such as average per capita income and consumer culture in the market itself. In addition to, a number of other determinants through which the specific perception of the target product or service is focused on the market.

For the Egyptian market, there are strong opportunities for the growth of Enterprise and it is expected that over the next two years, the market share of Enterprise will increase the total of the ICT industry.

If we look at the projects that the Egyptian government has set as a top priority and are currently working on, such as electronic interconnection between ministries and the automation of government services, it will increase the chances of the growth of the Enterprise sector in the coming period.

Is there cooperation with the government in implementing projects now?

Have you presented the government with your expertise and solutions to take advantage of it in a few projects?

We are working on this by providing creative solutions in preparation for presenting them to the government and discussing opportunities for cooperation with them.

How do you see the impact of the liberalization of the exchange rate on the investment climate in Egypt?

The liberalization of the exchange rate had a negative impact at the time of its occurrence, but it came to rectify mistakes from the past. However, it was a necessary step. It is impossible to deal with two currency prices. Therefore, it is a positive step in the long run.

The most important result of the decision to liberalize the exchange rate is to provide stability to the price of the currency, regardless of whether it is high or low, but the most important is the stability, and then availability. Which is the step reached by the government now as hard currency is available and this is an important step in the development of the investment climate.

In general, we have great confidence in the Egyptian market and understand the confidence of consumers in our products, which led us to return to the old prices after the rise in prices due to the liberalization of the exchange rate.

What is the investment climate in the Egyptian market?

According to the opinion of our partners in the local market, the most important steps they have been demanding are the stability of the exchange rate and the provision of foreign currency. These steps have been organized during the past period, and I believe that these steps will contribute to growth during the coming period.

Moreover, I believe that controlling the smuggled equipment from abroad will contribute significantly to the growth of the information technology market and improve the investment climate in the sector.

The second-hand equipment negatively affects the brands that already exist in the Egyptian market, especially since they do not have guarantees. Customer’s bad brand impression.

And we talked with the government agencies responsible for the establishment of mechanisms to enter the equipment used to Egypt, including reference to the company’s branch in Egypt in the case of importing a device used for a trademark in Egypt, but the discussions in this section has been suspended for a period and we expect to resume in the coming period.

After the liberalization of the exchange rate, the purchasing power of individual consumers in Egypt declined. How did you deal with this?

The market has been negatively impacted by the liberalization of the exchange rate. There has been a contraction in the market as a result of the decline in the purchasing power of individual consumers and the rise in the prices of equipment.

The effect has been around for almost three months; however, we are still the number one in the Egyptian market with the sales of computers market sales.

Nevertheless, the market is expected to witness strong growth during the coming period with the current economic movement and the implementation of several government projects in addition to expanding our investments in the Egyptian market.

The second quarter (q2) sales improved compared to the q1 of this year, as a result of the stability of the currency

What are your company’s expectations for the market during the coming period?

We expect growth in the market during the coming period, which will be in line with the government’s projects related to electronic connectivity and automation of government services. That is the reason for the growth of the computer market, as well as the steps of Minister of Communications Yasser Al-Qadi to implement the technological zones plan will contribute significantly to growth.

Can you expand on the new technology areas that the Ministry of Communications is working on?

Currently, we have not made a final decision in this regard, but we are still studying the idea.