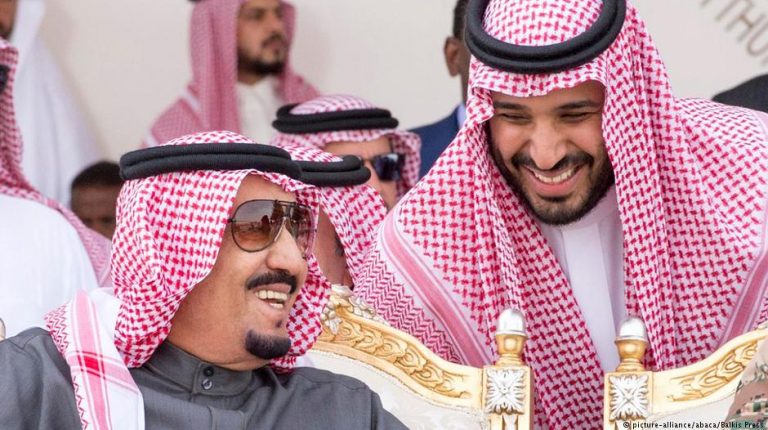 Kingdom of Saudi Arabia announced early on Saturday the suspension of dialogues with Qatari authorities until Doha issues a clear statement clarifying its position in public, according to Saudi state news agency SPA.

The suspension of communication comes just an hour after a sudden phone call between Tamim and Bin Salman to discuss the crisis between Doha on one side with Riyadh and its allies on the other. The call is believed to be the first official contact between Doha and Riyadh since the beginning of the Gulf crisis early in May.

The Qatari news agency published a report about the phone call, saying the call has come after coordination with US President Donald Trump. It added that “the Emir (Tamim) agreed to Bin Salman’s request to assign envoys to discuss the crisis without touching the sovereignty of states.”

However, the Saudi official added that the phone call was initiated by Qatar, with Doha requesting to initiate dialogue with Saudi Arabia, the United Arab Emirates (UAE), Bahrain, and Egypt, in condition to guaranteeing the interest of all parties, a call that was welcomed by the Saudi crown prince, SPA added.

On 5 June, Egypt, Saudi Arabia, the United Arab Emirates, Bahrain, Yemen, and Libya’s eastern-based government, in addition to the Maldives, cut their diplomatic and travel ties with Qatar. The six  governments accused Qatar of supporting terrorism, supporting Iran, and disturbing security and stability in the region, charges that Doha denies.

Measures against Qatar include closure of transport ties, including airspace, expelling diplomatic delegations, and withdrawing ambassadors from Qatar. Qatari visitors and residents were given two weeks to leave some of the boycotting countries.

In contrast with his previous position, Trump offered to mediate in the Gulf crisis. During a joint press conference with Emir of Kuwait Sheikh Sabah Al-Ahmed Al-Jaber Al-Sabah in Washington, D.C, Trump called on the Gulf cooperation council (GCC) countries and Egypt to focus on the commitments at the Riyadh summit to continue the joint efforts to defeat terrorism.

He stressed the importance of keeping the GCC united, saying that Qatar, Saudi Arabia, the UAE, Bahrain, and Egypt are all essential US partners in efforts to defeat terrorism.

Previously, Trump accused Qatar of being involved in terrorism financing. He praised the measures taken against Doha in a series of posts on Twitter on just one day after the beginning of the crisis, saying, “During my recent trip to the Middle East I stated that there can no longer be funding of Radical Ideology. Leaders pointed to Qatar – look!”

Qatar hosts Al-Udeid airbase, the largest US military base in the Middle East.

In the conference, the Emir of Kuwait said his country’s mediation has stopped any military action against Doha, stressing that the crisis is a “Gulf crisis.” He added that Qatar had expressed willingness to discuss a list of 13 demands from its sisters, and he knows that “not all of these are acceptable.”

The list of demands included the shutting down of Al Jazeera media network, cutting ties between Doha and Iran, and closing the Turkish military base.

Following the press conference, the Qatari foreign minister, Sheikh Mohammed bin Abdulrahman Al Thani, said in a phone call with Al Jazeera Arabic that any mediation had to come without conditions, considering the 13 demands as abusing Qatar’s sovereignty.

The four Arab countries boycotting Qatar issued a joint statement expressing their appreciation of the Kuwaiti mediation in the crisis. They also expressed regret for what Al-Sabah said about the military action against Doha, saying that it was never suggested in all cases, and the crisis with Qatar is not only a Gulf crisis, but also with several Muslim and Arab countries.

In the statement published in SPA, the four allies said that the Qatari FM statements neither expresses willingness to have any dialogue nor to confront terrorism. They also praised the position of the US president and his assertion of the necessity of stopping financing terrorism, according to the statement.

Kuwait is the main mediator in the Gulf crisis and is believed to play an important role in the issue as a result of its good relations with all parties involved in the crisis.

Two days following the beginning of the crisis, Turkey deployed troops in its military base in Qatar as Turkish President Recep Tayyip Erdoğan expressed his country’s solidarity with Qatar.