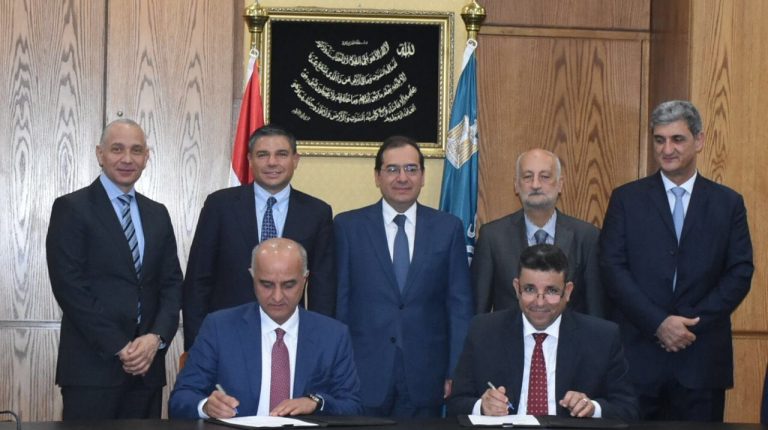 In a signing ceremony hosted by Tarek El-Molla, the Minister of Petroleum and Mineral Resources, Baker Hughes, a GE company announced signing a major subsea contract with Petrobel for phase two of the supergiant Zohr Gas Field situated in the Mediterranean Sea, off the Egyptian coast.

The project was awarded, after consideration of the company’s position as one of the world’s leading integrated full-stream provider of subsea technology, products, services, and digital solutions.

El-Molla said that maximising domestic energy resources and optimising reliability of their supplies are core elements of Egypt’s vision. “We are able to increase the value and efficiency of the sector by driving a sustainable and energy-efficient economy through the ministry’s modernisation programme in partnership with companies, such as BHGE. The Zohr gas field is playing a major role in the development of Egypt’s domestic energy resources, revenue generation, and economic growth,” he added.

For his part, Lorenzo Simonelli, the president and CEO of BHGE, said this landmark agreement reinforces their commitment to provide competitive offerings for their partners, strengthened by BHGE’s local presence and cutting-edge technology.

He pointed out that the Zohr gas field is one of the most significant developments of its kind, and through this project, they can show the efficiency gains that such complex projects can achieve through the company’s enhanced portfolio.

“This project has the potential to meet Egypt’s growing gas demand and save the country billions of dollars that would otherwise be spent on importing gas. Together with our partners, BHGE can support Egypt’s needs and vision for the energy sector and demonstrate its leadership in the subsea space,” he stressed.

Atef Hassan, chairperson and managing director of Petrobel, stated that partnering with BHGE on this project demonstrates the growing need for long-term service and equipment providers that complement their efforts in driving optimised production. He noted that the Zohr ffield will contribute to the development and sustainability of Egypt’s resources, and BHGE’s investment and expertise across oilfield services and equipment will help drive further efficiencies along the way.

This project draws on the experience of BHGE in large bore, long offset gas fields and incorporates an integrated HIPPS system and positions BHGE as an important market player in this field.

For the first time, BHGE will also provide 10 e-EHXTs, manufactured at its subsea centre of excellence in Aberdeen, Scotland. The e-EHXTs were designed in collaboration with Eni as part of a standardization exercise, applying field-proven products and systems gained from previous projects with Eni on a range of successful deep-water projects in Africa. In addition, BHGE will provide wellheads via a separate contract awarded by Petrobel earlier this year.

The award underlines the global scope and breadth of BHGE’s fullstream portfolio and local capabilities, with engineering support for the project coming from the UK, Italy, and Norway. The steel structures will be manufactured in Alexandria, supporting local employment in Egypt, as well as the UK, Norway, and Italy. Project management services will also be supported from Egypt and from the UK. Leveraging decades of expertise in-country and growing its local manufacturing ecosystem, BHGE is committed to helping secure Egypt’s energy future through the development of local talent and efficiency-driven solutions.