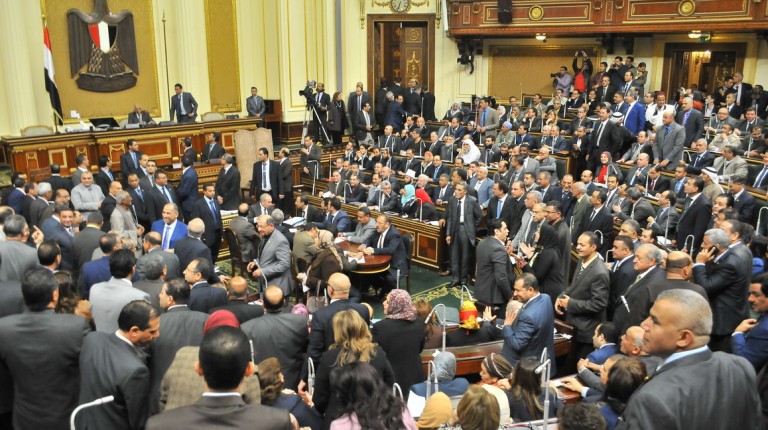 The meetings is scheduled to take place on Monday and Tuesday in the attendance of the Minister of Foreign Affairs, Sameh Shoukry; the head of the state-funded National Council for Human Rights (NCHR) Mohamed Fayek; and the head of the State Information Service (SIS), Diaa Rashwan, the head of the committee, Alaa Abad, said in press statements.

Abad also said that meetings aimed at discussing a vision for Egypt’s response to the HRW report and to work on arranging local and foreign visits regarding reports.

In late August, member of parliament (MP) Mohamed Abu Hamed, deputy of the Social Solidarity Committee, said in televised phone interview, that previously US Congress never attempted to meet with Egyptian parliamentarians, but were always keen to meet with representatives of the Foreign Ministry, according to privately owned Al-Dustour newspaper.

However, during the previous visit in June of a parliamentary delegation to the US, the members were able to meet with Congress members for the first time in nine years. The meeting saw the discussion of various issues, including the recently-approved Non-Governmental Organisations (NGO) Law, he added.

Abu Hamed was among the parliamentary delegation that included members of different committees.

The parliament member explained that Egyptian parliamentarians wanted to clarify to the US congress members the conditions of human rights in Egypt.

HRW’s report outlined what it described as “systematic torture practices” in detention places based on interviews with 19 people, Egyptian media reports and local NGOs. The report claimed that the current police apparatus “brought back violent practices of the Mubarak era in addition to lack of accountability.”

In April, human rights experts urged Congress to consider reducing aid to Egypt, given unsatisfactory records in freedom. In mid-August, Reuters reported that Egypt will be denied an assistance worth $95.7m, and another $195m would be delayed, also citing human rights issues.