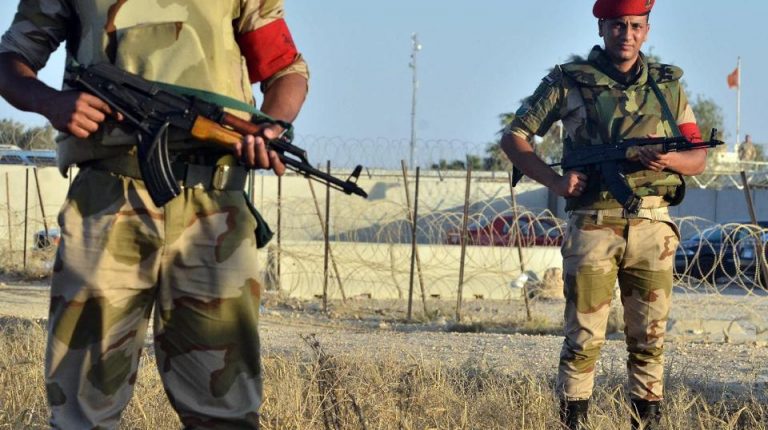 A Monday attack in North Sinai killed and injured more than a dozen policemen and paramedics, officials said. The rescue operation was hindered by clashes that followed the blast, between security forces and armed attackers report which further led to the injury of paramedics, state media reported.

At least nine policemen were killed and four injured on Monday in an ambush that attacked a convoy of armoured cars in the high way leading to the city of Al-Arish, state-owned media Al-Ahram reported, citing North Sinai security officials.

At the time of printing the ministry of interior said that the convoy was attacked by a car bomb, and an exchange of fire followed.

The ministry didn’t specify the number of causalities.

The Islamic State group has reportedly claimed responsibility for the attack, according to Reuters.

Local media, as well as Reuters, reported that the death toll was eighteen, in addition to four injuries among policemen and four among paramedics.

The Associated Press also reported that eighteen policemen were killed, including two police lieutenants killed and a brigadier general, according to unnamed security sources.

The attack was executed by IED explosions, which targeted a police convoy while on the international Arish highway.

The injured and killed police conscripts have been transferred to Al-Arish Military Hospital, where the injured personnel are currently receiving treatment, the ministry said in its statement.

The attack took place as Egypt is working on strengthening its military expertise and co-operations. On Sunday, military exercises dubbed “Bright Star” between Egypt and the US kicked off in the newly inaugurated Mohamed Naguib Military Base, with around 200 US military personnel are participating in the drills.

On Monday also, Army chief of staff Mahmoud Hegazy met with Head of US central command Jospeh Votel, who asserted the importance of military cooperation between Egypt and the US.

Since 2013, state security forces, represented by both the army and police, have been engaged in violent clashes with “Sinai Province”, known previously as “Ansar Beit Al-Maqdis”. In 2014, the group declared its affiliation to the Islamic State and has launched deadly attacks on army and police checkpoints.

Over the course of the last two years, the Egyptian armed forces launched counter attacks against militant stationing points across the Sinai Peninsula, where the group is based, particularly in the cities of Sheikh Zuweid, Rafah, and Al-Arish.