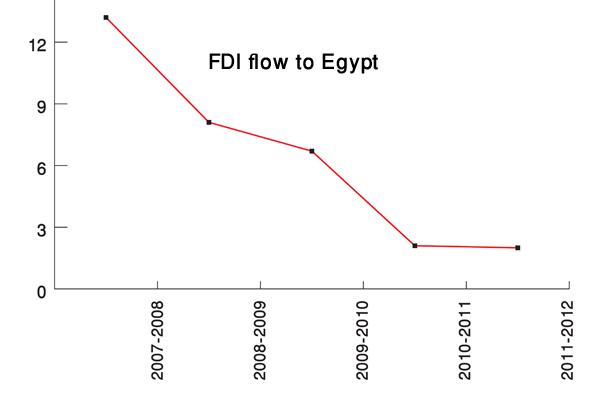 It seems the worst is over for the economy of the most populous Arab country, as foreign investors are back to pour money in the $300bn economy, according to IMF estimates, the biggest in North Africa.

According to official figures, foreign direct investment in Egypt is expected to have risen to about $8.7bn in the fiscal year (FY) of 2016/17 that ended last June, compared to about $6.9bn the previous year.

Egypt late last year signed a $12bn three-year IMF loan agreement and floated its currency in a bid to lure back investors that fled after its 2011 political uprising.

Recent reports from international business institutions said the country has re-emerged as a destination of choice for global investors flocking to its energy, real estate, and financial sectors.

The reports expected Egypt to witness a significant economic improvement starting next year in terms of foreign investment inflows, especially in the oil and gas, real estate, and consumer product sectors.

They also forecast inflation rates to fall sharply in the Egyptian market, which will be followed by a sharp cut of interest rates by the Central Bank of Egypt (CBE), from nearly 20% now to around 10% by the end of 2019.

In a report on the Egyptian economy, Renaissance Capital, an investment firm specialised in emerging markets, predicted that in the coming period Egypt would witness an increase in inflows driven by the new discoveries of oil and gas fields, especially after the Egyptian government solved the debts crisis with the international oil companies and paid the largest share of dues.

The real estate, retail, and consumer product sectors come next on the list of foreign investors’ interests.

Renaissance Capital said more than 50% of foreign direct investment that flowed into Egypt in the fourth quarter of 2016 ($4.1bn) went to the oil and gas sector. 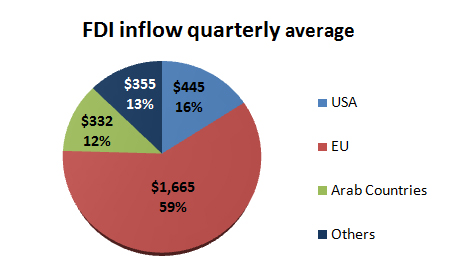 The firm pointed out that Britain, the United States, and Belgium are among the biggest contributors to foreign direct investment (FDI) in Egypt, while the UAE is the largest contributor among the Gulf Cooperation Council (GCC) countries.

It also noted that Britain has always been the largest contributor to FDIs in Egypt, as its investments during the first quarter (Q1) of 2017, acquired 55% of the total FDI of $1.8bn, followed by the United States by 14% and $482m.

The report showed that with many multi-national companies operating in the Egyptian market in the food sector, the retail sector may see significant investments in the coming years, as Egypt is still in the early stages of growth in the modern retail sector. The banking sector is also witnessing great opportunities as a result of the operations of mergers and acquisitions taking place in the country.

High interest rates is a good reason to inject cash

Since Egypt floated its currency last November, interest rates have been on the rise by almost 700 bp.

This is a good reason for investors to pump cash in Egypt’s debt market.

“Higher rates lure investors, but also play a role in taming inflation rates—which have surged to multi-decade highs as the government scaled back energy subsidies,” Capital Economics said in a recent research note.

Capital Economics said that the Central Bank’s decision to fix the interest rate came despite the significant increase in inflation in the past month on an annual basis, since the Policy Committee had not found any need for more policy restrictions. The last raise in interest rate was 200 basis points last month, which came in anticipation of the recent increase in inflation.

“Our outlook for the Egyptian market is positive. Egypt is well-positioned for economic growth, as the country’s macro environment has improved,” Asha Mehta, senior vice president and portfolio manager at Acadian Asset Management, told CNBC in an interview.

“The implementation of a new investment law is widely expected to improve the ease of doing business and sanctity of contracts. Meanwhile, more discipline on public spending imposed by the IMF should put government finances on a more sustainable footing. The fund is currently anticipating growth of about 4%,” she added. 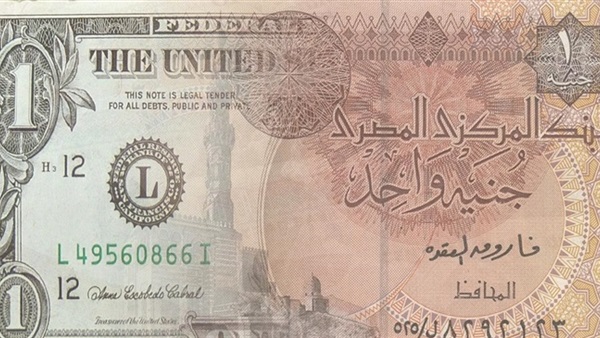 “Free zones and more equal access to land,” are key attributes of a recovery, with a boost to exports seen as “the holy grail” for job creation, Malik added.

According to Malik, foreign direct investment is flowing into oil and gas, power and real estate.

Egypt’s real estate is also providing a hedge for the high inflation environment. All of this should drive a better outlook for building materials, construction and property.

“The much more competitive exchange rate should also favor exporters. Tourism is picking up but from a very low base and with excess capacity, for now, in hotels,” he added.

Yet risks remain, even with the Egyptian pound having now recovered from being the worst emerging market performer in 2016.

“Despite the macro view, corporate quality is somewhat weak given the historical currency environment, both in terms of cash-flow generation and overall asset quality,” said Malik.

Where is the money coming from? 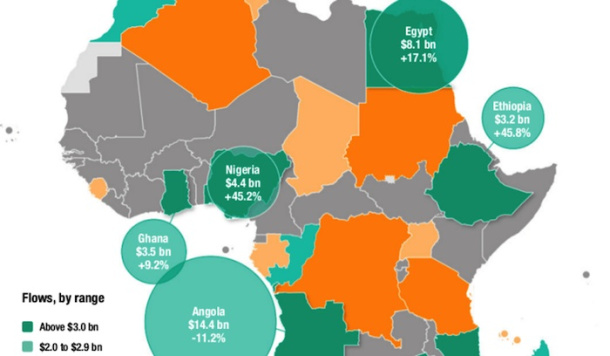 “More than 50% of all FDI went into the oil and gas sector in Q2 2016/17, amounting to $4.1bn. We think the oil and gas sector is likely to dominate future inflows, especially as these companies’ large arrears are now being cleared following the easing of dollar liquidity. The second-largest sector was services, with 6.1%, and dominated by financials (2.2% share). Real estate, manufacturing, and construction still account for an insignificant share of total FDI, with respectively 0.7%, 1.7%, and 0.5% shares in Q2 FY 2016/17,” the report added.

The report noted that aside from oil and gas—historically Egypt’s largest recipient of FDI—commercial real estate could be likely to see a greater impact from continued foreign interest, given Egypt’s limited mall space and low penetration of modern retail.

“We have already seen investments from the UAE (Lulu, Majid Al Futtaim) and Saudi Arabian (Hokair, Al Othaim) groups in this sector. With several multinationals already operating in the food sector, we think modern retail could see significant investment in coming years,” the report noted.

However, the report do not see this as posing a potential major threat to existing players, as Egypt remains in the early growth phases in terms of modern retail (compared with GCC peers), with a highly fragmented market, as well as rising per-capita consumption and income.

Banking could also present interesting opportunities, given what the report see as scope for consolidation—most recently Attijariwafa Bank’s acquiring of Barclays Egypt.

“We think other regulated sectors, such as utilities and tobacco, are unlikely to see much FDI, which should help incumbents to benefit from ongoing reforms in these sectors. Egypt’s Minister of International Cooperation Sahar Nasr, in a recent media interview, mentioned Al Ghurair Group and Emaar Properties as potential investors, with interest from investors in sectors including oil and gas, real estate, tourism, and logistics; she also said multinationals such as Mars Inc. and General Electric were planning expansion in Egypt. Billionaire Saudi Prince Alwaleed bin Talal, who owns 40 hotels in Egypt (in addition to 18 others still under construction) is to invest c. $800m to expand the Four Seasons resort in Sharm El-Sheikh, and we see the Tourism sector likely to continue to generate strong interest,” the report finished.