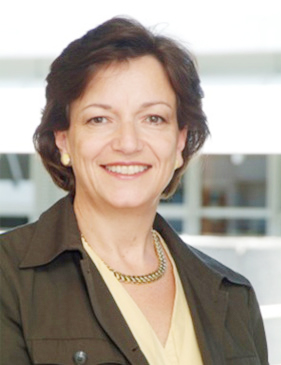 Daily News Egypt interviewed Palanza to talk about the “EIB MED Conference: Boosting Investments in the Mediterranean”, which is being held in Cairo and the details of the new Egyptian fund for small and medium enterprises (SMEs).

The EIB will organise a conference in Egypt. What is the objective and topic of the conference, and why do you organise it in Egypt?

Egypt is an important country in the Mediterranean and a key beneficiary of the bank’s investments. Thanks to the excellent relations we have with our partners and stakeholders in Egypt, we are stepping up our operations and contribute to meeting the rising financing needs in the country, both at the government level and at the private sector one. Private sector development is a priority for Egypt, and the EIB is well placed to support private investments in the country.

The EIB is well known for financing large infrastructure projects. Do you finance the private sector?

As the bank of the EU, we are a policy-driven bank. We contribute to achieving the Southern Neighbours’ development goals and objectives that was agreed with the EU by financing selected investments. We focus on several main themes: improving socio-economic infrastructure, supporting private sector development, and fighting climate change and its effects. The overall goal is to create local jobs through sustainable growth. Thus, we have a clear mandate to support the private sector in Egypt as well as other Mediterranean countries. We have been performing this function consistently through the years, in cooperation with local authorities and other international financial institutions.

For more than 35 years, we have mobilised EIB’s resources and expertise to target private and public sector projects that can contribute to the process of economic and social recovery in Mediterranean countries.

Moreover, the EIB is stepping up its activities to reinforce economic resilience in countries most severely impacted by the current refugee and migration crises and to contribute to tackling root causes of migration through support of sustainable development.

Can you elaborate more on the ERI and how will it increase your investments?

In the Southern Neighbourhood and Western Balkans, at the request of the European Council, we have developed the Economic Resilience Initiative. The initiative will substantially increase the support from the EIB to the two concerned regions. In addition to its regular lending, the EIB will provide a further €6bn of financing under the ERI, which are expected to enable €15bn of new investments up to 2020, taking the total EIB mobilisation of investment in the regions to some €35bn.

This initiative is progressing—we have recently approved loans for SMEs for €600m that will be intermediated through banks active in Jordan, Egypt, Lebanon, Morocco, and the West Bank that will support growth and sustain approximately 38,000 jobs. We are discussing a blended municipal infrastructure facility to support local communities in Serbia that are impacted by the refugee crisis in sectors like waste, health, education, and social housing.

How would you evaluate the importance of the private sector in Egypt?

The private sector in Egypt is highly diverse, ranging from enterprising individuals to large multinational corporations and financial institutions, from enterprises creating shareholder value to people-centred social businesses. They may operate at a local, national, regional or international level, in rural or urban areas, in the formal or informal sector and in very different country contexts. Each of these private sector actors requires different conditions and incentives to contribute to development, entailing differentiated approaches to their support and engagement for development. That’s why we are working with different types of banks to channel EIB funding at favourable conditions to Egypt’s enterprises.

According to the EIB/EBRD/World Bank Enterprise Survey, 40% of firms identified access to finance to be a major obstacle to economic development. Improved access to finance would make an important contribution to unleash the potential of enterprises, in particular when directed at small and young companies that are likely to innovate and create employment.

How much does the EIB invest to support the region’s private sector? And what are the key projects?

Since 2011, the EIB has provided €2.7bn to the private sector in the region. The bank has financed large corporations directly, such as the chemical industry, automotive, and agro-industry, as well as SMEs and micro-enterprises though a wide network of partner banks and institutions. As the most recent example, we provided €265m through Lebanese banks, expected to serve enterprises and sustain jobs in support of the country’s economic resilience.

What is the bank’s total size of investment in Egypt?

Since 2011, the bank has provided nearly €1bn to Egypt through intermediary banks and indicating our stepped up effort in this field—in 2016 alone three credit lines totalling €619m to support SMEs and Mid-cap.

Also recently, we invested $15m in Egypt’s Mid-cap Fund, an Egyptian fund that invests in SMEs. This is the first EIB operation signed in Egypt under the Risk Capital Facility for the southern neighbourhood countries. The EIB Risk Capital Facility is part of the “EU Initiative for Financial Inclusion”, developed jointly by the European Commission and several European financial institutions, among them the EIB. The initiative is a comprehensive programme to help micro businesses and SMEs in the southern and eastern Mediterranean region to become more competitive and grow. It provides finance and know-how to boost development and create jobs. In this way, it contributes to job creation and economic growth in the southern neighbourhood countries.

What are the loan conditions for the private sector?

Our lending activities in the Mediterranean are based on a mandate from the European Union and the funds that we borrow on favourable terms on the capital market, thanks to the EIB’s best possible credit rating (AAA). We can finance investments that are commercially and technically sound and have our own in-house sector experts. We are not profit-driven, but we need to be compensated for the credit risk we are taking.

What are the tools and process of providing finance to the private sector?

The EIB is a key player in supporting the private sector, offering a broad range of financing solutions for companies investing in Egypt, sizable Egyptian companies—including commercially managed public sector companies—as well as Mid-cap with strong development potential and/or added value to the local economy.

The EIB instruments are particularly well suited to different types of projects, ranging from providing funding to banks, with the objective for banks to lend to SMEs, to direct loans to larger local or foreign investors.

We can provide up to half of the financing for investment projects, depending on the credit risk of the borrower and the particularities of the project.

In certain cases we can also provide direct loans to Mid-cap companies with up to 3,000 employees where the loan volume requested is between €7.5m and €25m. EIB support is often the key to attracting other investors.

The private sector has been suffering, especially since the flotation of the Egyptian pound. Do you think this will have an impact on your investments and finance to companies in Egypt?

Economic reforms and new policies take time to achieve their goals. We see positive signs of recovery in Egypt. For example, the exchange rate of the Egyptian pound tends to settle down and investments figures are on the rise. At our side, we are present in Egypt to support private sector, small and large enterprises. It is our commitment to the country.

For corporates, what are the key sectors that you can finance?

The EIB finances projects in most industries as long as they are technically sound and make economic sense. These can be for instance infrastructure investments, new production facilities, or investments in agriculture. We particularly like investments that make significant contribution to sustainable growth and create local employment. We also take the environment very seriously and can support innovative industries.

Did you receive finance requests for new projects in Egypt? If yes, what type of projects?

Overall, we have a long list of projects in Egypt. Currently, we are looking into many of those projects.

3m transactions worth EGP 1.6bn conducted through PayMob in 2016