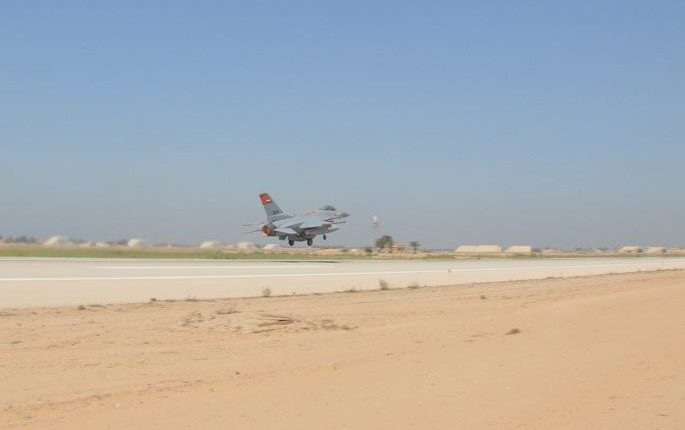 The training takes place in Egypt. Military personnel from Egypt and Saudi Arabia’s air forces will participate, according to Egypt’s military spokesperson on Thursday.

“The joint training aims to support the capabilities of Egypt, Saudi Arabia, and the coalition countries to form a common Arab defence force and to unify our plans and combat current regional challenges,” he said.

Egypt and Saudi Arabia coordinate in several military conflicts. Beginning in March 2015, Saudi Arabia conducted airstrikes within Yemen, targeting areas controlled by the Houthis, including Sana’a, to re-establish the “legitimacy” of the government of President Abd Rabbuh Mansour Hadi, who is the Saudi-recognised ruler of Yemen.

Egypt has previously said it is only contributing naval units in the conflict and denied that there are any Egyptian troops involved on the ground.

Saudi Arabia has been a powerful backer of the Egyptian state. After President Abdel Fattah Al-Sisi’s victory in the presidential elections on 3 June 2014, the Saudi monarch was quick to congratulate him and called for “a conference for donor brothers and friends of Egypt to help Egypt overcome its economic crisis.” During his inauguration speech on 8 June 2014, Al-Sisi thanked the king for the initiative.

Days after the ouster of former President Mohamed Morsi, the oil-rich monarchy pledged $5bn in grants, deposits, and petroleum products to boost Egypt’s ailing economy. The Saudi aid was divided into $1bn cash, a five-year $2bn interest free deposit at the Central Bank of Egypt, and $2bn in the form of petroleum products.

Egypt’s power change in July 2013 has received backing, both verbal and financial, from other Gulf states as well, including the United Arab Emirates and Kuwait, but resulted in a rocky relationship with Qatar, a strong Morsi backer.