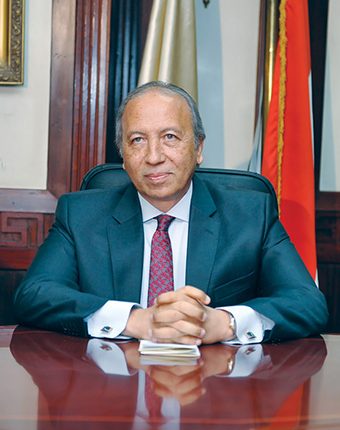 Seif El Nasr explained in a statement that this step comes within the bank’s keenness to match the proposition for a new banks law, planned to be discussed over the upcoming period. The law would oblige banks to increase their capitals.

He explained that the bank signed an agreement with the Suez Canal Economic Zone to open a new branch for the bank in the area. In addition, a contract was signed with Chinese TEDA Investment Holding to open a branch and provide necessary financing for all the companies cooperating with it.

“The AIBK is continuously seeking to develop the used system of information technology in order to offer the best services to clients and secure its own database, where the bank has purchased the most modern information system in the world, and it came into practical testing about three months ago,” Seif El Nasr said.

He stressed that technological progress is one of the main factors affecting bank’s competitiveness and able to attract a large segment of clients for the easiness of use and communication with the highest accuracy and efficiency matching all global levels.

Seif El Nasr pointed out that the bank gives great attention to small and medium enterprises (SMEs), considered the locomotive of economic development and perfectly suits the role the bank plays in the development of society as well as providing all support means, whether economically or socially, in a way that benefits the national economy and helps push development forward.

“The bank launched a programme called ‘Shorakaa’, which is based on allocating part of the bank’s SMEs funding for participating in the ownership of the youth projects through offering financing services as well as taking part in the management of the projects and marketing its products for two years,” Seif El Nasr said.

He added that the bank has also signed an agreement contract with the Small and Medium Enterprise Development Authority (SMEDA) in order to create an encouraging environment for these projects. The bank also signed a protocol with Damietta Furniture City to finance the projects established in it and take part in the marketing of its products.

In a similar context, Seif El Nasr revealed that the dollar concessions of his bank since the flotation of the Egyptian pound on 3 November 2016 until now reached $525m.

He pointed out that the management of the bank has managed to attract new segments of customers, which was clear on the bank’s financial indicators over the past five years, where the deposit portfolio in the bank increased from $3.2bn by the end of 2011 to $20.4bn by the end of 2016 with a 529% growth, in addition to an increase in net loans and facilitation by 165% during the same period.

Seif El Nasr added that the positive performance of the bank left its impact through an increase in ownership rights which achieved a growth of 104% in the past five years. The total list of the bank’s financial position grew by 421%.

AIBK participates in Sacrifice Voucher programme in cooperation with EFB