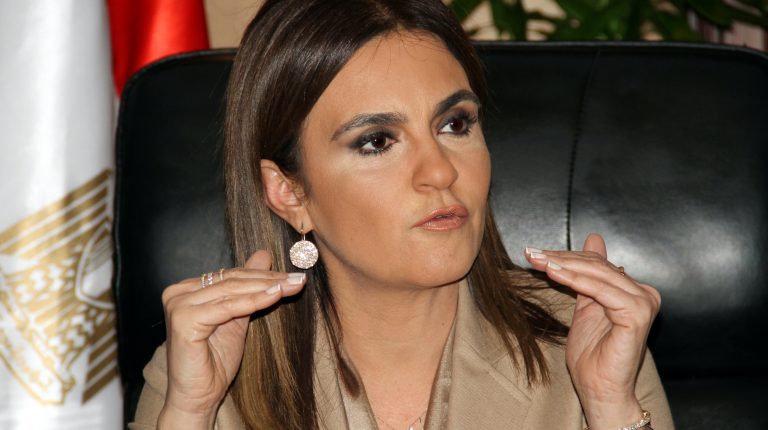 Minister of Investment and International Cooperation Sahar Nasr said that Egypt is ready to receive Arab and foreign investments after legislative and administrative measures taken in the previous months to create a conducive business climate.

Nasr added that the government recently issued a package of legislation supporting the business environment, in conjunction with the implementation of the economic reform programme launched last October.

The government passed the law on the regulation of movable guarantees and the new investment law, which ended the last weeks of the preparation of its executive regulations, and completed the preparation of a bill for bankruptcy that will be presented to the House of Representatives in the second session next month, in addition to the companies law.

The minister said that the government is constantly looking to solve the problems facing investors in Egypt, which is part of its investment promotion plan.

“Our discussions with investors are aimed at reaching final and fundamental solutions to investment disputes because we are well aware that the problems that remain outstanding for more than a year give a negative message about the investment climate in Egypt,” she said.

“The Ministry of Investment and International Cooperation is keen to solve the problems of investors, ensuring the preservation of the right of the state and citizens to land and natural resources,” said Nasr.

The Ministry of Investment and International Cooperation is reviewing the new investment agreements to ensure the rights of the state, and provides all support to the serious investor who supports productivity and provides jobs.

The government attaches special importance to foreign investment for its strong contribution in the transfer of modern technology and excellent management methods to the local market, as well as the transfer of international expertise to the Egyptian investor.

The economic reform programme implemented by the Egyptian government depends on improving the business environment and increasing foreign and domestic investment rates, she said.

She said that the increase of domestic and foreign investments in Egypt supports economic growth and continuity in achieving sustainable growth rates pursued by the state.

Nasr pointed out that the new investment law does not differentiate between domestic and foreign investors or between males and females. It eliminates the bureaucracy that Egypt has suffered over the past years and allows companies to obtain equal opportunities.

“The lesson is not in the investment law, but the most important thing is to apply the law properly and that’s what we aspire to,” she said.

The investment law supports the industry and gives incentives to investors in labour-intensive industries located in remote and disadvantaged areas, she said.

She said that the government, in conjunction with the legislative and economic reforms, is seeking to implement strong infrastructure projects, which the investor needs in addition to good legislation.

She pointed to the cooperation of the Ministry of Investment with all the governmental bodies and agencies to implement the investment law. The new law stipulates the presence of a representative of the government bodies in the General Authority for Investment and has the powers to make the decision to facilitate investors.

In addition to that, it is expected to issue the executive regulation of the new investment law soon, especially as the Legislative Department of the State Council is currently being drafted.

Nasr pointed out that the Ministry of Investment is in contact with the private sector financing arm of international financial institutions to support projects implemented by investors in Egypt.

“We have direct lines of contact with the International Finance Corporation (IFC) of the World Bank, the Islamic Development Bank (IDB), and the European Bank for Reconstruction and Development (EBRD) to provide private sector financing,” she said.

Additionally, Nasr stated that the ministry has started the right steps in the application of the investment law, through the establishment of the company for entrepreneurship, to support small investors in the coming period.

The Ministry of Investment established Egypt’s Entrepreneurship Company a few months ago with a capital of EGP 451m, in partnership with the Saudi Development Fund and NA Capital.

The new company announced the establishment of two new companies to finance entrepreneurial projects with a capital of EGP 200m, a partnership with EFG-Hermes and the United Nations Development Program (UNDP).

Nasr said that the ministry launched the “Your Business Idea” initiative to encourage and finance emerging projects and promote the entrepreneurial environment in Egypt.

She explained that the initiative is based on collecting ideas from young people in all governorates and selecting the good ones, and organising workshops for their owners for four months followed by funding for the project.

Furthermore, she pointed out that the ministry attaches special importance to the Investors Services Centre and will have representatives from several bodies, including the Ministry of Justice, represented in the Real Estate Month, the Ministry of Finance, and the Central Bank of Egypt (CBE), as well as the Misr for Central Clearing, Depository, and Registry (MCDR), and the Egyptian Financial Supervisory Authority (EFSA), to provide the best service to the investor in all governorates.”

The Ministry of Investment and International Cooperation signed two cooperation protocols with the FSA and MCDR this month to allow the exchange of data and information among them.

The minister said that the government has launched an integrated plan to support and develop free zones and investment, and seeks to establish a free zone in each province.

The General Authority for Investment and Free Zones (GAFI) has received numerous requests for the establishment of special free zones in a number of governorates.

The new investment law allowed the return of the special free zone system, based on the offer of the competent minister and after the approval of the Board of Directors of the Authority.

The minister pointed to the desire of a number of foreign investors, including two Chinese that have expressed interest in investing in the area of the Suez Canal axis, and those investments will be announced in the coming period.

She said that the economic zone of the Suez Canal (SCZone) is one of the most attractive areas to attract foreign direct investment.

Last week, Nasr held a session on investment in Egypt organised by CI Capital, in the presence of a number of international banks and funds, some of them in Egypt, to discuss expansion opportunities.

The Minister of Investment estimated the net foreign direct investment attracted by Egypt during the last fiscal year was $8.7bn. She said that the oil sector accounted for the largest share by 42%, followed by investment in the construction sector.

Foreign direct investment increased by 67% in July compared with July 2016, which is promising at the beginning of the current fiscal year, she added.

Investments during the past fiscal year, whether new companies were established or expanded, rose 24%, she said.

The number of new companies established during the fourth quarter of last fiscal year rose by 18% to 3,566 compared to 3,033 companies during the same period of the previous fiscal year, reflecting the increasing investor confidence in the investment climate, the minister said.

Nasr said that the government is preparing to launch the investment map for Egypt and will include more than 600 investment opportunities in the first stage.

The map will include all the projects available in the provinces and bodies of ports and airports and industrial projects, service and tourism, and others, according to Nasr.

Egypt is among important foreign markets for NBK Group