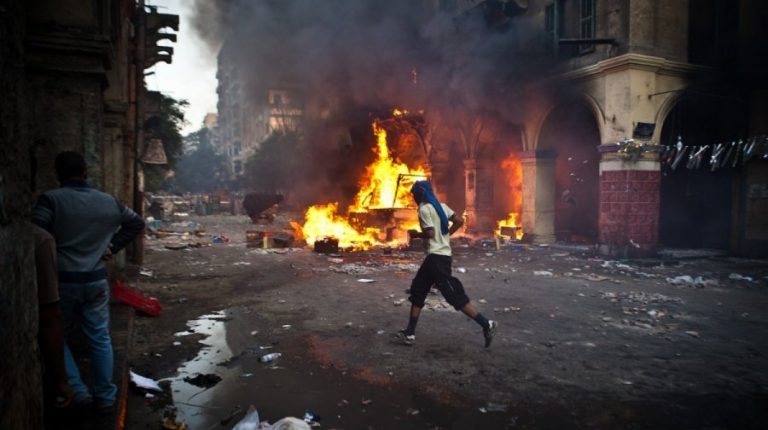 The Cairo Criminal Court sentenced 43 defendants to life in prison while other sentences ranged between 5, 10, and 15 years.

Another 52 defendants were acquitted, including Irish citizen Ibrahim Halawa.

The defendants include several high-profile Muslim Brotherhood youth cadres and preachers known to have supported the group.

Halawa, who Amnesty International considered a “prisoner of conscience”, arguing that if convicted he could face the death penalty.

Islamic preacher Salah Soltan, father of US citizen detainee Mohamed Soltan, is among the defendants. Salah Soltan received a life sentence on Monday.

The organisation argued that the high death toll was a result of the “reckless use of force by the security forces”. The Egyptian government, however, blamed the Muslim Brotherhood, arguing that police forces provided “a safe exit for peaceful protesters”.

On 16 August 2013, after the Friday prayers protests started reaching Ramses Square in down town. The demonstrations were confronted by riot police, taking refuge in the mosque. After hours of confrontations, security forces broke into the mosque and arrested scores of protesters.

The Irish Parliament previously demanded the immediate release of Halawa from Egyptian authorities. However, Egypt considered these requests a violation against the transparency of Egypt’s judicial system.

One Year of Crackdowns