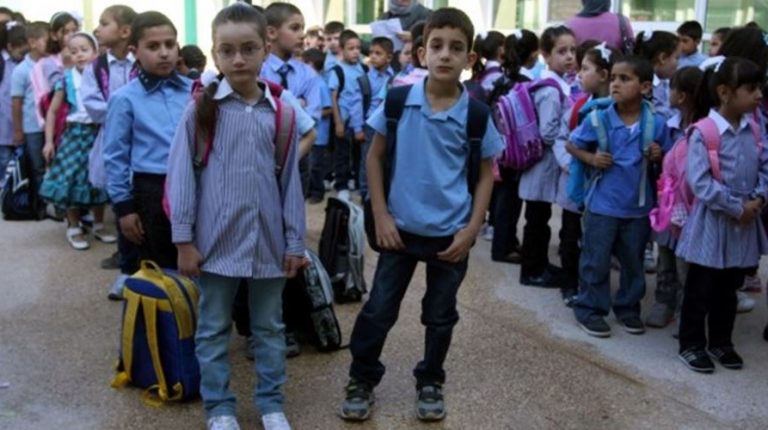 A number of investors in the educational sector have requested from the government offering incentives and extra facilitations to support local and foreign investments in the sector throughout the upcoming period.

El Mandoh El Husseiny head of the Private School Owners Association, and owner of El Hossam International School Group and Future Language Schools, said that the costs of operating schools have increased by 100% after the decision of the Central Bank of Egypt (CBE) to float the Egyptian pound, which negatively impacted investment opportunities in the sector.

El Husseiny added that investors in the sector are facing obstacles to implement new projects or to establish expansions, and he demanded that the parliament intervene to remove the obstacles.

El Husseiny estimated the volume of investments of private schools at nearly EGP 600bn. He said private schools represent only 10% of the total schools in the local market.

“We hope to see private schools offer 20% to 30% of the educational services offered to the Egyptian citizens; however, the issue requires more flexibility and facilitations from the government,” he said.

The Egyptian market includes 6,800 private and international schools, 3,648 of them being Arabic schools and 2,182 language schools, in addition to 270 international schools. The two governorates of Cairo and Giza have 75% of all private schools in Egypt, followed by Alexandria and Fayoum, according to data from the Ministry of Education.

El Husseiny expected the establishment of 20,000 private schools within the project to establish schools in partnership between the private and public sectors.

He said that the government project helps solve the issues of investors in education where the conditions announced by the government were eased to allow more participation.

He added that the conditions put forward by the Ministry of Education are not easy to achieve, where the ministry stipulated that applicants for the project must have previous experience of establishing at least two schools, and the partnership must be based on the construction of three schools in the project. The investor must submit a financial study that explains he obtained a loan worth $15m or has $30m in his bank account.

All these conditions are obstacles for a large number of investors, especially that investors suffer from the Education Law and the commitments they have towards the different government authorities, including water and electricity companies or the tax authority.

El Husseiny said that the amount of new investments over the upcoming period will depend on the government’s provision of real incentives for the sector and on the facilitations of the procedures to obtain lands—as well as on how the government will facilitate the requirements of the General Authority for Educational Buildings.

He demanded activating joint committees that include representatives of private schools and the General Authority for Educational Buildings in order to improve the situation of the sector.

Haitham Fath Elbab, member of the central committee for private education in the Ministry of Education and the owner of Nahdet Misr schools, said that increasing the number of private schools increases the services offered to students, maximises the competitiveness of Egyptian students, and improves the quality of education in the country.

Fath Elbab demanded increasing incentives offered to investors to encourage them to inject more investments into the sector.

Fath Elbab criticised the CBE’s decision to increase the interest to near 20% and described it as greatly disappointing for investors.

“The annual return on investing in the educational sector is no more than 15% and only 2-3% in some schools,” he added.

Fath Elbab demanded the government to allow investors to determine tuition fees to reach an amount suitable for the number of services offered by the schools, where the role of the Ministry of Education would be supervisory.

He said that the government’s launching of education projects through the partnership between the private and public sector is still unclear. In addition, a large number of the offered lands are in the desert and are under a usufruct system of 40 years, which is not suitable, according to Fath Elbab.

Badawy Allam, vice chairperson of School Owners Association, called for applying a new increase on tuition fees to suit the great increase in operation costs and exempting the sector from taxes as a service sector.

“As far as I know, the sector cannot be exempted from taxes, so the only alternative is to allow companies to determine their own fees based on the vision of their owners and their estimations of the operation costs,” he added.

He added that the fact that tuition fees are subject to the control of the education ministry is one of the main challenges facing investors in the sector where the ministry determines the annual increase of fees.

He stressed the importance of easing the restrictions of the General Authority of Educational Buildings to reduce expenses for investors as well as shorten the time needed to grant permits to no more than one month instead of three years.

He said that the sector needs to add 5,000 schools as soon as possible in order to eliminate the large number of students in classes which—in some government schools—reached 140, especially in Giza and Cairo.

Mohsen El Sheimy, chairperson of El Horreya and Nahdet Misr schools, said that the Ministry of Education must reduce the price of lands provided for educational projects or at least remove the obligatory pricing of tuition fees.

He said that the minimum fees in private Arabic schools must not be less than EGP 7,000 in order to cover operation costs. Fees would also increase with increasing the services provided by the school.

He said that the school is suffering from increased operation costs, especially after the increase in taxes; the increase in the prices of electricity, water, and gas; as well as paper prices by 100% to record EGP 55 instead of EGP 28 before pound flotation.

He said that the requirements put forward by the General Authority of Educational Buildings in terms of schools construction in areas with a large number of students include giving each student an area of six metres, and a metre costs EGP 10,000, which means that constructing a school that accommodates 1,000 students will require EGP 25m, in addition to EGP 45m for preparations.

The requirements of the authority for the construction of schools in new urban cities include giving each student an area of 10 metres, which means that constructing a school that accommodates 1,000 students will require 10,000 metres with a minimum cost of EGP 50m.