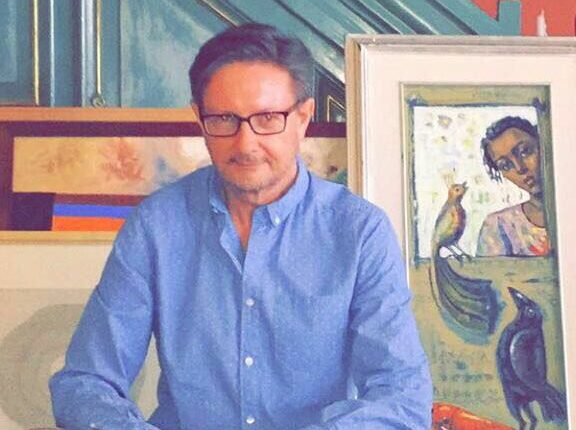 Angus Blair, the CEO of Pharos Holding, who has been studying the Egypt economy for the past 25 years, sees that the biggest economy in North Africa is on track to revive after years of turmoil.

In an interview with Daily News Egypt, Blair said that the government should press ahead with more reforms and to bring inflation to single digits to spur growth.

Let’s start with the macro picture. How do you see Egypt’s macro indicators after the current reforms?

I have been working on and forecasting the Egyptian economy for around 25 years (including leading the CIB global depository receipt (GDR) in 1996) and this is the third economic reform programme in that time. Some of the bravest and toughest decisions have now, at last, been taken, including the currency devaluation and the beginning of real cuts in unsustainable subsidies, among others. So many issues remain to be addressed, including working hard to cut inflation to single figures, since the rate has risen too far, but I like the overall shift in addressing the issues, while there remains no room to be complacent as other countries are also transforming.

Do you think Egypt’s fiscal progress falls short of the IMF goals, or will they be able to meet it, and why?

With the rise in interest rates (which I think was unnecessary) the interest burden of the high levels of debt means the government’s budget deficit targets will be tougher to meet. I would like to see interest rates come down very quickly (to boost domestic bank lending). However, the rise in taxation is a positive indicator and will help meet the targets.

Let’s move to FDIs, how do you think the new Investment Law could work to attract more foreign investors, should Egypt introduce more to entice them?

The Investment Law and its executive regulations should help to focus investment attention on the areas where the government would like to see investment. However, it is in the working of the law and regulations that the market will look for too, and I hope that the overall processes of investment and continuing governance are quicker than in the past.

What are your expectations for the US dollar against the Egyptian pound in the coming period? Will it be in a downtrend, or an uptrend, and why?

We expect some appreciation of the Egyptian pound, but with inflation levels as they are, this will be tough to achieve, so it is imperative that the government looks at every way to reduce inflation quickly and keep it low.

I think the next move will be to see interest rates coming down—and the sooner, the better.

Finally, do you think that the Egyptian economy is on track to revive, or should the government introduce more reforms?

The economy is, at last, reviving; but, as all governments globally know, this is a task that is never ending. Egypt should continue to press ahead, ensuring that there is a secure social safety net for the poor, while looking to make Egypt the most attractive destination for investment for domestic investors and then for foreign investors. I would recommend that to create an Egyptian economy that can compete in an increasingly high tech/AI world, education in Egypt has to become world class. Greater effort must be made to make growth sustainable and inclusive.