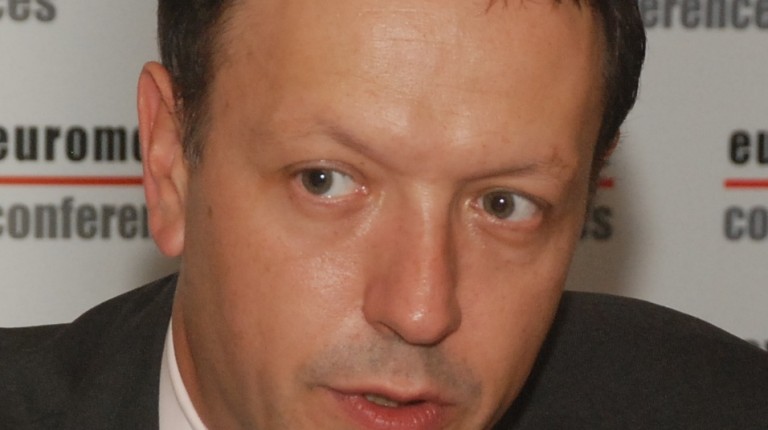 Amr Tantawy, the managing director of Misr Iran Development Bank (MIDB), predicted that 2019 would be the year of the Egyptian economy where it will start to reap reform fruits.

Tantawy stressed that the banking sector will always support the economy with money and expertise at any time, calling on the Egyptian youth to benefit from the CBE’s initiative to finance SMEs. He also demanded top businesspeople to expand their social activities by funding small projects that serve their major projects.

How do you see the economic reform measures adopted since the end of last year?


Initially, we should admit that we were in a hard situation that required more than painkillers for treatment, and it was necessary to take decisive actions and face our problems openly to solve these problems radically.
It is known that any radical solution to a long-time problem is often costly and painful, and that is what we are suffering from now.

However, this treatment put Egypt on the right track, and we are quite ready for a fresh start.

How do you evaluate the Central Bank of Egypt’s (CBE) decision to float the exchange rate less than a year on?

The flotation of the exchange rate came to put things in perspective and was one of the most courageous and important decisions in the country.

Therefore, it was necessary to resolve this problem and eliminate that phenomenon through liberalising the exchange rate completely.

We can judge this decision through checking whether the phenomenon of two prices of the dollar still exists or not. The results confirm that this step has certainly succeeded since the informal market completely disappeared, and there is now a flexible exchange rate in banks relying on the mechanisms of supply and demand. However, I believe the current price of the dollar against the pound is higher than its real and fair value against the local currency.

I also believe that the CBE played its part efficiently and the government should continue the mission.

How do you see the rise of interest rates on the pound’s effects on investment?

However, we need in this phase that investor who comes to us with his money and does not rely on borrowing from banks, and such investors will not be affected by raising interest rates.

At the same time, raising the interest rate accompanied by the flotation of exchange rate have played a major role in attracting investments to the Egyptian market for its high returns compared to other countries. Moreover, assuring investors that they can exit from the local market at any time was very helpful as the CBE’s foreign exchange reserves reached unprecedented levels compared to previous periods.

Many experts believe this increase in foreign reserves came as a result of external borrowing only. How do you see that?

Even if this is true, the foreign debt reflects the confidence of foreign countries and institutions in the future of economic performance in Egypt, because no one would lend you either directly or through investing in debt instruments, if they were not sure of your ability to pay your dues.

We need to protect the CBE’s foreign reserves and ensure providing strategic and basic goods for as long as possible, so as not to fall under any pressure in any circumstances, as well as having the ability to pay our debts.

It was necessary to borrow from abroad to support our foreign currency reserves until our natural resources of foreign exchange return to flow again. That has already started, and we expect more in the coming period.

After the flotation of the exchange rate and the issuance of the new Investment Law, there was no obstacle to foreign direct investments (FDIs), which once reached $12-13bn in 2010.

Tourism will also return better than ever after the decline of external pressures. It is also expected that the Suez Canal’s will achieve more revenues after the return of global trade movement. Egyptians’ remittances are also expected to return to their natural channels after the informal market has disappeared.

How do you see the lift of subsidies and the decision’s impact on citizens?

The lifting of subsidies had to happen a long time ago. There is no dispute that subsidies do not reach their intended beneficiaries, and even if there was a part of them that does, then the rest were benefiting many people who do not deserve them.

Do you think the recent reforms adopted by the CBE and the government are enough for a new start, or do we need other measures?

I believe the government is playing its role effectively, but the people should change their way of thinking, lifestyle, and living conditions so that we can cope with our new circumstances.

Syrian refugees, who have fled from war, have set a good idol for Egypt’s youth, as a large number of young Egyptians sit in cafes awaiting government actions.

The Egyptian youth should move and benefit from the initiatives launched by the CBE to support small and medium enterprises (SMEs). They can form small groups and launch their own projects, provided they have a genuine desire to do so.

Businesspeople should expand their social activities by funding small projects that serve their major projects.

I hope the government imposes a temporary progressive tax for two or three years, so that the proceeds of the high income tax will be directed to support the lower-income segments.

When do you expect the Egyptian economy to start reaping fruits of all these measures?

I think we will start reaping the reform fruits by 2019.

We have set the accurate fundamentals. There is a noticeable improvement in the pound exchange rate compared to the phase following the flotation directly. There is a plan to reduce the inflation rate by the end of 2018.

From your point of view, what is the role of the banking sector in the economy?

The banking sector always supports the economy with money and expertise at any time, but there are some periods where demand for borrowing from banks declines. We hope the economy moves forward so the banks can do so too.