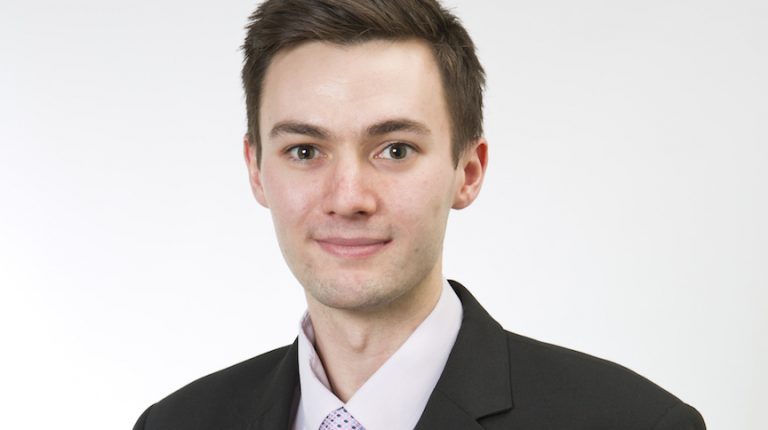 Capital Economics senior economist Jason Tuvey seems to be optimistic about the economic future of the biggest economy in North Africa.

He has been writing forecasts about Egypt’s economy for almost five years in the London-based consultancy group.

In an interview with Daily News Egypt, Tuvey said that Egypt’s economy has embarked on the path to recovery, but challenges remain.

“If the government stops at this point, bad results are expected. They should finish what they started,” Tuvey said.

He also expected the Central Bank of Egypt (CBE) to leave rates on hold until further signs of taming the rampant inflation.

Let’s talk first about the economy’s performance at the current stage?

I think the economy is on track to revive at the current stage, with reform measures starting to pay off. Fiscal consolidation has begun; however, progress is slow-going.

How do you see the fiscal progress, and does it meet the IMF goals?

Egypt’s budget deficit has narrowed sharply over the past year, and the high public debt-to-GDP ratio should start to fall back soon. However, the authorities have already missed some of the fiscal targets outlined by the International Monetary Fund (IMF) back in January. For now, Egypt has managed to secure a reprieve, but further slippage could yet see tensions between Cairo and the IMF come to the fore.

The improvement in the budget position can be attributed to expenditure restraint, rather than higher government revenues. Indeed, government receipts have been broadly stable as a share of GDP. The introduction of a value-added tax (VAT) late last year, which replaced the previous goods and sales tax, has supported a pick-up in tax revenues, but this has been offset by a drop in non-tax revenues.

In contrast, government spending has dropped by around 2% of GDP. This has been supported in large part by weaker spending on public sector wages. As part of its IMF programme, the Egyptian authorities agreed to trim the size of the public sector workforce and start indexing bonuses. There were doubts about whether the government would be able to stick to its commitments given its concerns about potential social unrest, so this data is encouraging.

The one disappointment is that the authorities have made limited progress in cutting the large subsidy bill. Regulated energy prices were hiked in November last year; however, the 50% drop in the pound against the dollar raised the cost of imported fuel products in local currency terms, meaning that the impact on overall subsidy spending was broadly neutral.

What about the business climate at the current stage?

Egypt’s new Investment Law is a positive step towards improving the dire business environment. But greater efforts, particularly in raising domestic savings, are needed if investment is to reach the levels that have historically supported strong and sustained growth in other emerging markets.

Egypt is one of the toughest places in the world to conduct business. The country ranked 122 out of 190 in the World Bank’s latest “Doing Business” report. The poor business environment is one factor behind the country’s extremely low investment rate of just 15% of GDP.

Low investment is a concern, as it results in poor infrastructure and means that the country is slow at adopting new technologies—all of which hinder productivity growth and increases in living standards. Over the past decade, labour productivity (or output per worker) in Egypt has fallen.

Overall, the new law appears to be a move in the right direction. “Certification offices” will be set up to review applications and supporting documents for licences, allowing investors to side-step slow bureaucracy. Meanwhile, the authorities have granted investors the right to repatriate profits without restriction and to establish private free zones (private projects which enjoy the benefits of free zone status).

Nonetheless, I don’t think the new Investment Law goes far enough. The establishment of “certification offices” merely masks the bloated bureaucracy, which investors are still likely to come up against. Meanwhile, the right to repatriate profits and establish private free zones is merely a reversal of previous policy decisions that prevented these. And there are also concerns that the new law could foster corruption. In particular, the ability for the authorities to allocate free plots of land for “strategic business activities” is a worrying hark back to the land deals that, among other things, tainted the Mubarak regime.

Moving to inflation, when it should start to fall?

The increase in inflation has been driven by one-off factors. The most important has been the devaluation of the pound last November, but a series of indirect tax hikes and subsidy cuts over the past year have also accelerated the rise in inflation. The key point is that these one-off boosts to inflation have now peaked and should start to unwind in the coming months.

We estimate that the fading impact of the pound’s fall will cut inflation by as much as 10 percentage points by early 2018. Similarly, the contribution of fiscal measures to headline inflation will decline by a further 3-4 percentage points over the same period.

Beyond that, there are good reasons to think inflation will fall further. For one thing, the period of weak growth since the Arab Spring revolution appears to have created some spare capacity in the economy. That should keep a lid on wage and price pressures at the same time.

Overall, we think inflation will fall below 20% around the turn of this year. It may then decline to about 11% by the end of 2018 and into single digits in 2019.

Then, how should the CBE react to falling inflation?

How do you see the performance of Egypt’s tourism sector?

Egypt’s tourism sector has embarked on the path to recovery. The government is overly optimistic, as the rebound should help to narrow the current account deficit and boost GDP growth.

The past six years have been a terrible time for Egypt’s tourism sector. Civil unrest surrounding the Arab Spring n 2011 and the second revolution in 2013, combined with a multitude of terrorist attacks, drove tourists away from the country. At their trough late last year, visitor arrivals were 65% below their peak and at their lowest level since 2003.