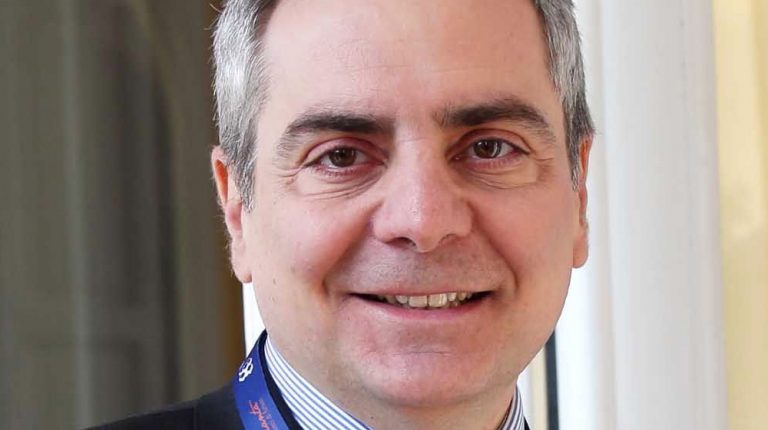 European Investment Bank (EIB) is looking forward to finance more infrastructure projects, either in the energy sector or other sectors in Egypt, and the bank is also in the process of approving more projects in the waste water sector, according to Vice-President of EIB Dario Scannapieco.

Scannapieco said that, on average over the last two years, the bank has almost reached €2bn.

Daily News Egypt sat down with Scannapieco to talk about the bank’s financial strategy in Egypt.

During your visit to Egypt, you signed a couple of waste water projects. Is it a priority sector for EIB? Will you finance more projects?

Waste water and sanitation projects are pretty important in any economy. They have a strong impact on health, living standards, and also on economic activities. The two projects that were declared during my visit to Cairo are good examples. I signed a memorandum of understanding (MoU) to finance the Fayoum waste water expansion project. EIB will provide €172m of the total cost of the project to improve the wastewater infrastructure and access to it in Fayoum governorate. The Fayoum waste water expansion project, which comes under EIB’s new Economic Resilience Initiative, aims at improving health and living standards of 800,000 people, as well as stimulating economic activities in Fayoum governorate.

Looking ahead, we will provide €400,000 to support the preparation of the Alexandria waste water project. We also are in the process of approving more projects in the sector.

What is the size of funds provided for SMEs?

We have increased our financing to small and medium enterprises in the past two years. More than €600m was allocated to SMEs, either through our local partners in Egypt or through regional and local investment funds.

For example, we recently signed a new $15m investment in the Egypt mid cap fund. The fund targets growth capital investments in Egyptian SMEs that are seeking to grow their business at above average growth rates. The fund investments are expected to create a considerable number of direct new jobs—between 1,200 to 1,600 jobs. The fund has a target size of $100m with a hard cap of $120m. Current investors include European Bank for Reconstruction and Development (EBRD), CDC UK, FMO, and local investors.

Also, we are in the process of approving a new credit line with Banque Misr to support SMEs in Egypt.

What about funding energy projects in Egypt?

Energy projects have been a priority for the Egyptian government. For this we provided €920m of finance to many projects—both traditional and renewable energy—since 2011.

We are looking forward to financing more infrastructure projects, either in the energy sector or other sectors. This is what we discussed with Sherif Ismail, the Prime Minister of Egypt. We discussed EIB investments in the transport sector, especially railways. And we believe there is a potential to improve the transportation system in Egypt.

What is the size of the EIB’s investments in the Egyptian market?

We have a long standing partnership with Egypt. Since our first operation, we have provided €8.22bn. We are looking forward to investing more in Egypt under the bank’s new Economic Resilience Initiative. The initiative seeks to improve the resilience of the Egyptian economy by investing in priority sectors.

Will you increase funds allocated for Egypt in the future?

We are not driven by numbers but projects; we have demand, but we need projects. However, on average over the last two years, we have almost reached €2bn. And as I explained, the Economic Resilience Initiative will allow us to step up our financing. The initiative aims at raising €4.5bn of additional funding to the southern Mediterranean countries, where Egypt is an important beneficiary.

How will the Economic Resilience Initiative support the southern Mediterranean region?

Our available finance to the region will increase by around 50-60%. The total amount of investments in the region up to 2020 would reach €12.5bn. EIB finance is always linked to high social and economic impact, such as improving health standards, reducing levels of pollution, improving business infrastructure, and, most of all, creating more jobs for the youth.

What is your opinion of the Egyptian economy after the economic reforms have been taken recently?

Egypt is following a reform agenda to improve the business environment in the country and to create strong economic foundations with a package of structural reforms and new investment programmes.

As a project-driven bank, EIB particularly welcomes the country’s actions to make reforms that have long-term objectives. In the short term, reforms look difficult; however, they are the right measures and are going in the right direction. With more streamlined measures and procedures, the government will facilitate the development of new investments and will thus contribute to increased EIB financing in Egypt.

What is your opinion of the liberalisation of the exchange rate of the Egyptian pound?

Economic reforms and new policies take time to achieve their goals. We see positive signs of recovery in Egypt. For example, the exchange rate of the Egyptian pound is tending to settle down, and investment figures are on the rise. On our side, we are present in Egypt to support the private sector, including small and large enterprises. It is our commitment to the country.

More than €600m were allocated to SMEs, either through our local partners in Egypt or through regional and local investment funds

We are in the process of approving a new credit line with Banque Misr to support SMEs in Egypt.

The Economic Resilience Initiative aims at raising €4.5bn of additional funding to the southern Mediterranean countries, where Egypt is an important beneficiary

The total amount of investments in the region up to 2020 would reach €12.5bn