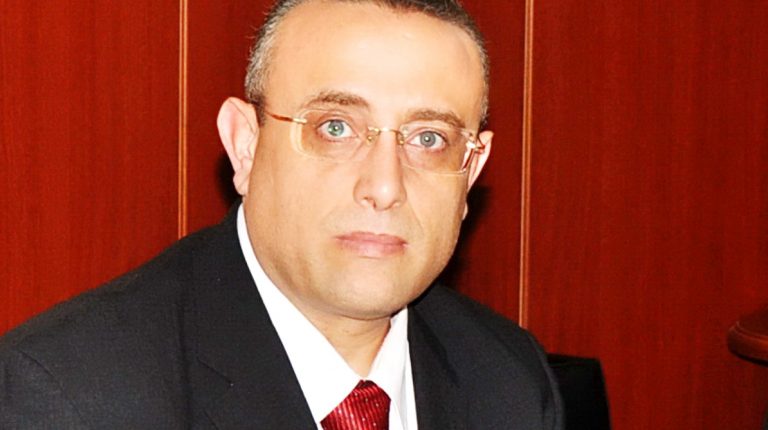 There should be an area for the manufacture and maintenance of containers and vessels, and a city for the research of international trade and shipping services

The Suez Canal Economic Zone (SCZone) is expected to become a development locomotive for the Egyptian economy. Ayman El Nahrawy, the head of training and programmes department at the Arab Institute for Leadership Development at the Arab Academy for Science Technology and Maritime Transport, believes that the zone is full of investment opportunities in all sectors.

El Nahrawy suggested establishing power plants based on gas turbines and other wind-based and geothermal power generation plants to achieve revenues of $100bn per year.

How do you see the investment opportunities in the SCZone?

The project is set to begin through three main development points. The first is the development of Port Said with the East Port Said area. The second is Ismailia and Al Amal district, along with the Valley of Technology and New Ismailia.

The third is the development of the northwest Gulf of Suez, with the port and the Ain Sokhna Airport, as well as development plans in different sectors.

In agriculture, land reclamation, and aquaculture, there are projects for reclamation of 77,000 feddans east of the Suez Canal, next to completing the reclamation and cultivation of West Salam, East Salam, West Suez, East of Lakes, East Suez, and Port Said canal.

In addition, the plans include the new expansions: East Salam, Shabab Extension, and West Suez, next to fish farming for high-value products in the governorates of Suez and Port Said.

What about the industrial sector and investment opportunities?

In the industrial sector, the first phase includes the construction of the Valley of Technology on an area of 3,500 feddans out of a total amounting to 16,500 feddans. This is next to investment opportunities in the manufacturing and packaging of fish in East Qantara and East Port Said, as well as the centre for the manufacture and maintenance of ships and containers in Port Said and northwest of the Gulf of Suez, along with a major industrial zone in the east to the sub-canal.

Do you have suggestions to make better use of the region?

In addition, there are plans for the establishment of an area for the manufacture and maintenance of containers and ships, and a city for the research of international trade and shipping services, and the development of the industrial zone in the city of East Qantara.

This comes along the establishment of Bedouin centres in the south of Ras al-Barqa, Ras Shaytaan, and al-Qulaia in the Taba region in southern Sinai.

Egypt has plans to rely on alternative energy solutions. Do you have any suggestions in this regard?

At the level of the new and renewable energy sector, there are proposals to establish two solar power stations and combined-cycle gas turbines in the northwest of the Gulf of Suez.

This project is expected to generate revenues of up to $100bn per year.

What are the main development centres of the Suez Canal Development Plan?

There are several main centres through the establishment of a global logistics service area, through the development of Port Said with East Port Said area on 70,000 feddans, along with East Qantara and the Plain of Tina, with the creation of a new tunnel beneath the canal.

The plan also includes the identification of areas of agricultural reclamation, establishment of fish farms, in addition to the establishment of industrial and free zones, and the implementation of tourism and maritime activities.

The development of Ismailia and the Al Amal suburb comes with the Valley of Technology and New Ismailia on an area of 66,000 feddans, along with a tunnel beneath the canal there too. The development plan for this area also includes establishing a logistics area with import and export, manufacturing and distribution, warehousing, and shipping and container manufacturing, in addition to the establishment of an industrial zone and a technological university, and the implementation of tourism and medical activities.

In the west of the Gulf of Suez, the area is of 46,000 feddans. It will include a logistics area that includes a marine and shipbuilding centre, container handling, transit trade, repair and maintenance services, and a shipping and technical inspection centre.

There are also proposals to establish a zone for petrochemical industries, ship fuel services and marine general services, marine equipment and metal structures centres, and feed and fish processing and packaging, along with the packaging and export of chemical fertilisers and cement.