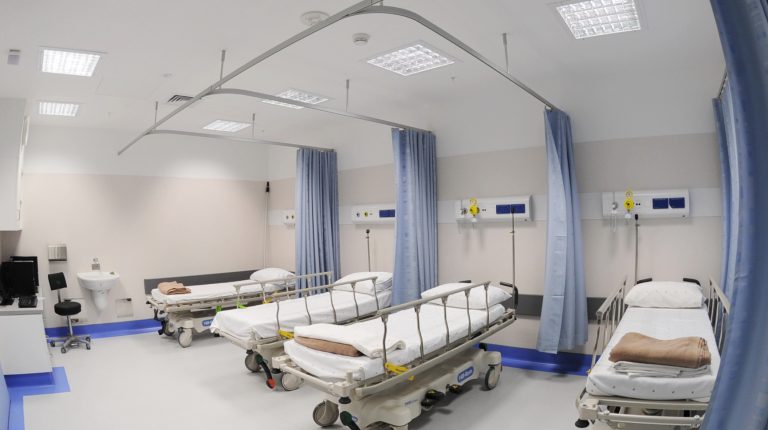 A number of investors agreed that the acquisitions, mergers, and expansions in the health sector have declined significantly during the past eight months. They attributed the decline to the high prices required by corporations wishing to exit health projects, the scarcity of investment-attracting public hospitals, the high costs of construction, the rise of land prices, and the fluctuating foreign exchange rate.

Khalid Samir, a board member of the Health Care Chamber of the Federation of Industries and managing director of Dar El Oyoun Hospitals and Centres, said that the acquisitions in the health sector have declined significantly over the past months due to the scarcity of eligible corporations for acquisition and merger.

Samir added that the last two years witnessed the conclusion of many acquisition deals of major hospitals, but currently the number of corporations qualified for acquisition is very limited.

During the past years, major acquisitions have taken place in the health sector. The Cleopatra Hospital of the Abraaj Group has acquired Cairo Specialised, Nile Badrawi, Al Shorouk, and Cleopatra hospitals. The Andalusia Group for Medical Services also acquired two hospitals in Cairo and Alexandria. In addition, the Saudi Health Investment Company (SHIC) purchased a controlling interest of Ibn Sina Specialised Hospital in Giza.

He attributed the decline in acquisitions in the health sector to the high prices required by corporations wishing to exit health projects, the increase in hospitals offered for sale, and the recent tendency of major hospitals to establish management companies of hospitals rather than purchasing them.

He pointed put that the last period witnessed the emergence of new kinds of investment in hospitals, including management or both finance and management (ie the management company shares in the capital of the hospital it manages). These new types of investment will reduce the acquisitions of hospitals that provide public services.

Samir expected that investors would purchase specialised hospitals, particularly eye, urology, microscopy, and obstetrics hospitals, while mergers that have not succeeded in the last five years would decline.

He called on the government to provide land at low prices for investors to implement health projects in the new cities, and in return, those hospitals would provide 10% of their services free of charge. Samir noted that encouraging local investors to expand in medical services protects the market from the control of foreign companies.

He suggested that the government launches projects to build health cities, like industrial cities, and uses health development companies, like in the real estate and industrial sectors.

He explained that these cities would attract major investments in the fields of pharmaceuticals, specialised and general hospitals, and medical centres. They would also contribute significantly to maximise the proceeds of medical tourism targeted by the state.

Samir predicted that the next year will see the entrance of new European companies in the local market, and domestic investors will expand their projects.

In the past few months, a number of major investors in the health sector, including Cleopatra Hospitals Group, SHIC, Andalusia, and Saudi German Hospital, have announced their intention to inject new investments into the Egyptian market in the coming months.

The Saudi German Hospital is planning to establish four new hospitals in Giza, Ismailia, Assiut, and New Cairo. Andalusia will also establish two new hospitals in 6th of October City and the Fifth Settlement with EGP 750 million in investments. Moreover, Cleopatra Hospitals Group is allocating more than EGP 1 billion to acquire two hospitals and manage a third one, as well as the establishment of a number of specialised clinics.

However, Samir expressed his concerns over the Ministry of Health’s probable imposition of fixed pricing for health services provided by the private sector by the next year.

“Fixed pricing violates the free market rules, and the government will not be able to invite anyone to invest in the sector if it imposed fixed prices for health services,” Samir warned.

He added, “There are four main factors that determine the pricing of health services in Egypt. The prices of land, the dollar price, the philosophy of free market itself, and the need for continuous development of health services.”

Mustafa Al-Asmar, a member of the Health Care Chamber in the Federation of Industries, upheld those concerns and said that the chamber had not received any suggestions regarding the fixed pricing to be imposed on hospitals and private clinics from the Ministry of Health.

“It’s not that easy, and the Ministry of Health has to put it up for community discussion,” Al-Asmar said. He added that the Health Care Chamber will hold a meeting to discuss the matter.

The Ministry of Health’s Central Administration of Free Treatment plans to impose a fixed pricing rate for health services provided by private hospitals and clinics in the next year, according to Ali Mahrous, head of the administration.

The Egyptian market includes 2,020 private hospitals, 380,000 clinics, 40 transplant centres, and 582 dialysis centres. All of them will follow the government-fixed pricing.

Al-Asmar said that the health sector in Egypt is still attractive for investment, considering the increase of population and the market’s need for quality medical services.

He pointed out that the specialised medical centres, which play a main role in the health system, require more investment.

Al-Asmar attributed the decline in acquisitions during the past eight months to the delay in the issuance of the executive regulation of the New Investment Law that will show the incentives and facilities to be provided for the sector.

He expected that new Arab and foreign investments will be injected in the Egyptian market during the coming period, stressing that the government should oblige new investors to provide high quality medical services.

The Central Bank of Egypt’s (CBE) decision to float the pound last November has contributed to the decline of Egyptian hospitals’ value, which makes them more attractive to foreign investors, said Ghada Ganzouri, representative of the Health Care Chamber the Federation of Industries’ board.

She pointed out that there is a strong demand from Gulf investors to invest in the health sector in Egypt, since it still retains the lead of the most attractive sectors in the country.

Economic analyst Sharif Abdel Mo’tti said that the next year will be better in terms of expansions and new acquisitions in the health sector.

He added that the health sector was affected by the delay in the issuance of some legislation, especially the New Investment Law and its executive regulations, as well as the fluctuation of foreign currency after the flotation of the pound.

“Investments have declined generally in the past eight months, and the implemented investments were allocated to certain sectors that are able to achieve significant export returns,” he said.

Abdel Mo’tti said that the CBE’s decision to increase interest rates by 7% gradually from last November to September has greatly affected the investment.

“Who can guarantee achieving higher yields than the banks’ interest rate on deposit, which amounted to 18.75%?” he wondered.

Despite these concerns, Abdel Mo’tti expressed his optimism for the approaching issuance of the new Health Insurance Law that will be submitted for discussion to the House of Representatives in the next month.

“The new law will have a positive impact on the sector, but it depends on the implementation mechanisms on the ground and the determinants of pricing of services,” Abdul Mo’tti stressed.