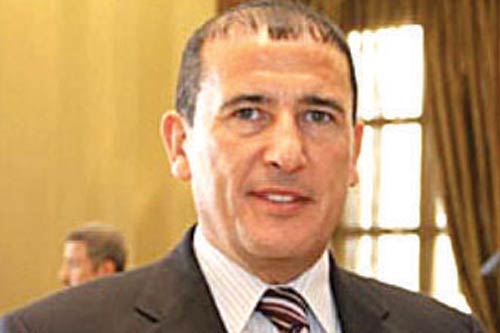 Thomas Cook Tourism in the UK aims to attract 1.5 million tourists from all European cities to Egypt in 2018, which is 70% higher than the target for 2017.

Hossam El-Shaer, chairperson of Thomas Cook’s agent in Egypt Blue Sky Travel Agency and owner of the Sunrise Inn, said that the arrivals through Thomas Cook to Egypt increased 10% in the current year compared to the same period last year.

He explained that the increase in arrivals will include tourists from England, Germany, Poland, the Czech Republic, the Netherlands, and Belgium, going to Hurghada and Marsa Alam. He ruled out organising flights to Sharm El-Sheikh Airport next year because of the travel ban imposed by the UK and a number of European countries on the city after a Russian aeroplane crashed in Sinai in October 2015.

The UK has suspended flights to Sharm El-Sheikh since the beginning of November 2015 but has not imposed a ban on other destinations, including the Red Sea, Luxor, and Aswan. Summer bookings have increased 10% compared to last year.

He added that the current aviation incentive programme does not encourage tour operators to work, and companies have not yet received their dues despite the announcement by the Egyptian Tourism Authority that the dues have been paid to the company.

He pointed out that Thomas Cook’s dues are estimated at EGP 50m-60m, which impacts their plans in the Egyptian market.

He explained that Thomas Cook has 22 weekly flights, adding that the incentive is worth $6,000 per flight between November 2016 and May 2017.

The Ministry of Tourism adopted a new flight incentives programme in November 2016 to stimulate flights to Egypt. It requires companies running regular low-cost flights to have 22 flights per week with at least 80% of the seats occupied to receive $6,000 per flight. The incentive is paid to the Egyptian Airports Company, which in turn offers a discount on airport services for the companies.

El-Shaer said that Thomas Cook negotiated with the Egyptian Ministry of Tourism before to receive its dues but has not reached a final date yet.

In another context, he said that Blue Sky allocated EGP 150m of new investments for 2018, which will be used to complete its projects in Sharm El-Sheikh and Ain Sokhna. Those projects are about 90% complete so far.

The company started implementing its real estate tourism project in Ain Sokhna at a cost of EGP 7bn. This includes three five-star hotels, as well as tourist housing units, hotel apartments, and a large number of international restaurants and entertainment facilities. The project also includes two lakes and a number of villas and shopping centres. It is set to be completed within the next year.

He added that the list of projects in Sharm El-Sheikh includes three five-star hotels with a capacity of 800 rooms at a cost of EGP 1bn.

El-Shaer stressed that the company believes in the Egyptian tourism industry and that “it could go bad, but it does not die,” which is why the company continues injecting investments into the local market despite the challenges in the past few years.

He identified the biggest challenges facing the company, highlighting problems with the Ministry of Environment, as well as the Beach Protection Police, because of the increased requirements, the length of procedures, and the rise in penalties and violation fines.

El-Shaer stressed the need to hold elections for the Egyptian Tourism Federation and its chambers as soon as possible, considering its role in linking officials and investors.

He predicted that next year will witness a significant recovery in the tourism inflow to Egypt, estimating it to reach some 15 million visitors throughout the year from Germany, Italy, and France, as well as working on the markets of North Africa, the Arab Maghreb, and Eastern Europe.

He pointed to the possibility of achieving this number of tourists if the promotional campaigns keep on performing well in all countries and are based on cooperation between the Egyptian Tourism Authority and investors, along with the stability of the country’s security situation.

He noted that focusing on a single market damages the sector, urging Egyptian officials to learn from the situation of the Russian market, which once topped the list of tourism markets in Egypt and fell significantly.

El-Shaer said that the introduction of the value-added tax (VAT), in conjunction with the rise in bank interest rates to record figures, came despite the government’s announcement of supporting the tourism sector.

He called on the state to pay more attention to the tourism sector as the most important source of national income. He pointed out that Turkey suffers from weekly terrorist incidents, but received 15 million visitors in the first half of 2017, while Egypt could not follow its style in promoting tourism and facing challenges.

He called for the restructuring of the Supreme Council for Tourism to include eight experts, instead of the current structure that includes only two experts and eighteen other officials from outside the sector.

Finally, he called upon investors to launch a promotion campaign in cooperation with the Egyptian Tourism Authority and take extra care of the services provided to tourists to achieve better results.

Thomas Cook to book flights to Sharm El-Sheikh in November