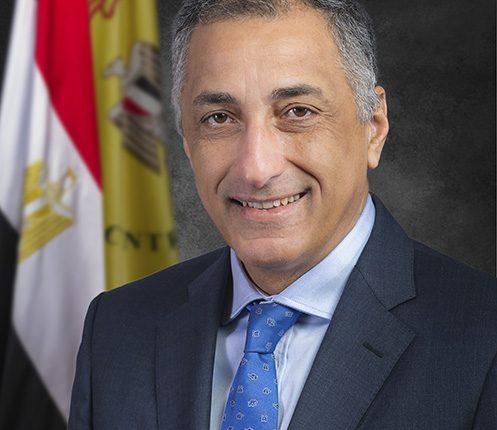 The Central Bank of Egypt (CBE) will announce at the beginning of next week the final formation of the boards of state-owned banks.

The term of the boards of directors of the National Bank of Egypt (NBE), Banque Misr, Banque du Caire, Industrial Development and Workers Bank of Egypt, Egyptian Arab Land Bank, Agriculture Bank of Egypt, and the Arab Investment Bank are expected to end on 25 September 2017.

According to information received by Daily News Egypt from more than one prominent bank, Hisham Okasha’s tenure as chairperson of the NBE will be renewed, as well as Mohamed El-Etreby on top of Banque Misr’s board of directors.

CBE Deputy Governor Mai Abulnaga is nominated to become a deputy chairperson of one of the banks, while other sources refuted that, arguing that she is handling an important file at the CBE now and cannot be dispensed.

Soliman is currently preparing Banque du Caire to become one of the most important banks operating in the field of financing small and medium enterprises (SMEs), where she was nominated by the CBE for this purpose. Soliman used to serve as the secretary-general of the Social Fund for Development.

CBE Governor Tarek Amer announced last week that the CBE has finalised the formation of state-owned banks’ board of directors and sent the nominations to the cabinet for approval.

Article 90 of Banking Law No. 88 for 2003 stipulates that each of the public sector banks should have a board of directors formed of a chairperson, two deputies, and six experts in banking, monetary, financial, economic, and legal matters, who have previous experience in banking.

According to that article, the appointment of the chairperson and member of the board of directors of such banks shall be by a decision of the prime minister after taking the opinion of the CBE governor for a period of three years, subject to renewal in accordance with the bylaws of the Banking Law.